England all-rounder Moeen Ali believes he and his fellow big hitters can now cast off the shackles as they look to reach the semi-finals of the T20 World Cup.

England’s batting, so often their biggest strength in white-ball cricket, has misfired so far, with their quest to unify cricket’s two major limited-overs trophies faltering.

After a lacklustre top-order display against Ireland, Moeen’s flurry of boundaries took England to the brink of getting above the Duckworth-Lewis-Stern par but rain thwarted his efforts.

A loss to the boys in green and a washout against Australia, both at the MCG, have left England likely needing to win their last two Super 12s matches to stand the best chance of reaching the semi-finals.

However, England could beat New Zealand on Tuesday and Sri Lanka on Saturday and still not go through as net run-rate will come into play to determine the top two in the group if sides cannot be split on points.

“We bat all the way down so we might as well entertain everybody, entertain ourselves and enjoy getting those 70s or 80s off 30 balls, whatever it is, as that’s what really takes the game away,” Moeen said.

“We’ve just got to be brave. It doesn’t mean going out and slogging but playing the way we can do and the reason why we were picked. Put pressure on the bowling and take those risks sometimes.” 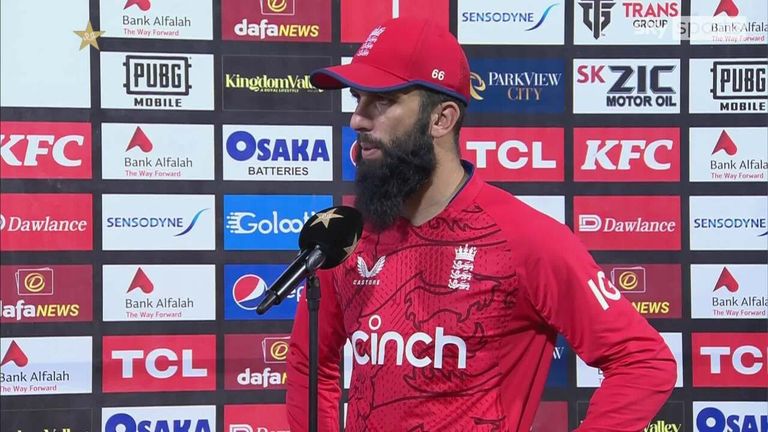 While there was no lack of intent from their batters against Ireland, England racked up 36 dot balls from 87 legal deliveries in a five-run DLS defeat.

“We could have put our foot down a little bit earlier in that situation and been a bit more proactive as a side,” Moeen added. “If we’d have got six more singles throughout the innings we’d have won.”

Moeen is focused on what England can control, starting on Tuesday at the Gabba against the Black Caps, who eliminated them at the semi-final stage of this tournament 11 months ago.

“I wouldn’t say it’s unfinished business but they knocked us out last year and that hurt quite a bit,” Moeen said.

“I can’t remember playing New Zealand where we’ve played average and we’ve won. You always have to play your best cricket.

“We’ve got to win the two games but could still potentially miss out. Our job is to win those two games, and if we can, win them comfortably.” 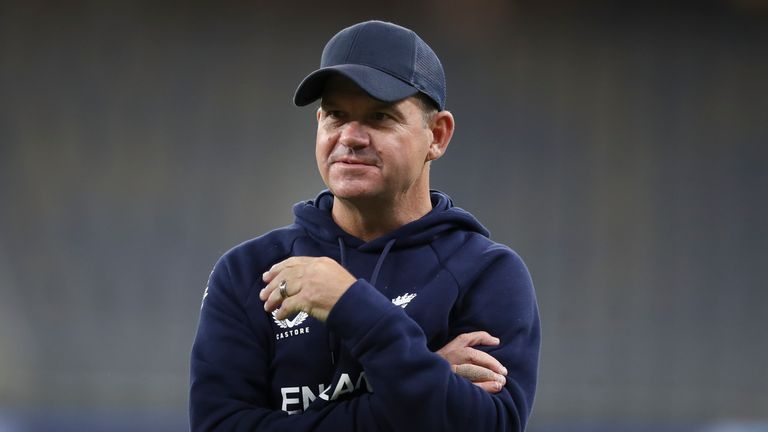 Unwelcome flashbacks of the 2017/18 Ashes

On his previous tour Down Under, Moeen was England’s frontline spinner but took just five wickets in as many Tests at an eye-watering average of 115, having been hampered by a lingering finger injury.

Moeen also failed to reach fifty as England slid to another heavy defeat and he did not fare much better in the ODI series that followed, but there have been encouraging signs on his latest trip.

“I think about that Ashes series and I think (about) every ground we go to now, obviously the Test grounds we played at,” Moeen said, ahead of England travelling to Brisbane on Saturday.

“It’s almost parked in the back of my mind, it was a disaster of a tour and I don’t even want to think about it.

“Not just personally but as a side we were terrible and the last two times we’ve been out here (England also lost the 2021-22 Ashes but Moeen had retired from Tests by then). I hope it won’t happen again.”

Watch England vs New Zealand on Tuesday live on Sky Sports Cricket. Build-up begins at 7.30am ahead of an 8am start in Brisbane.

“No, no he’s crazy, we’re not going to let him leave” – Lisandro Martinez responds to Lionel Messi claiming 2022 World Cup will be his last with ‘we’ll go to war’ claim