Dundee United boss Tam Courts has been given permission to speak to Rijeka, following an approach from the Croatian club.

Courts, who was appointed head coach last June, led the Tannadice club to fourth place in the Scottish Premiership this season, sealing a spot in the Europa Conference League.

The 40-year-old, who was previously the club’s head of tactical performance, joined United in February 2020 following five seasons in charge at Kelty Hearts.

Talks are expected to take place this week with Rijeka, who finished fourth in their domestic league and were runners-up in the Croatian Cup final.

United’s players are due to return to pre-season training on June 23, with their first Premiership match of the season just over seven weeks away. 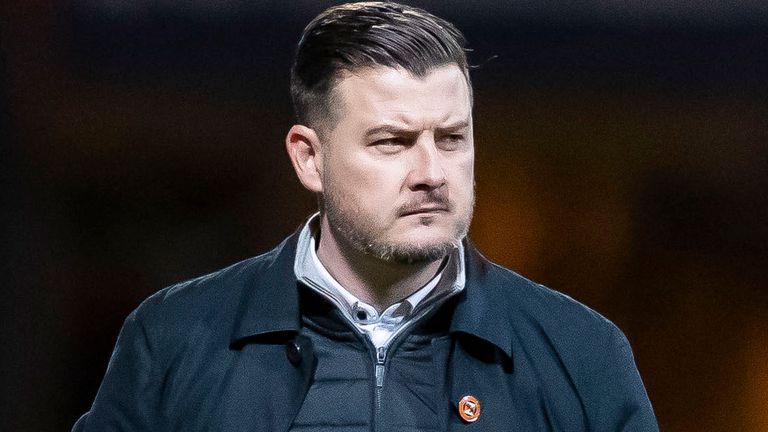 “I don’t think Tam Courts gets enough credit for just how good a manager he is.

“He’s come in as an underdog and someone who was having a lot of questions asked of him.

“That spell we had at the start of the season was really strong and silenced a few of the critics. It was very calculated, he knew what he wanted from the players and the players knew the messages they were getting from him.

“It was very consistent. He won’t put in young guys just to fill a quota, but puts them in because he believes they’re good enough.”