Tom Brady may have decided to stave off retirement for another year. But during his 40-day experiment with retirement, Brady began other business ventures for himself. One of the commitments Brady started was announcing he’d be working on a movie (titled 80 for Brady) with Hollywood legends, including Jane Fonda.

The cast of 80 for Brady gathered Thursday during night one of the 2022 NFL draft to get some work done. On Thursday, Fonda gave Brady high praise in an interview with Today.com. Fonda first revealed that Brady generously sent her a large bouquet of orchids when she had shoulder surgery. Fonda said:

“He sent me a humongous thing of orchids because I had my shoulder replaced. I think it’s going to last forever … the shoulder and the orchids.”

Fonda then revealed how starstruck she was when she saw Brady. She said while her co-star, Lily Tomlin, hugged the NFL legend, Fonda could barely move. She said:

“She hugged him. I could barely reach out my hand.”

One of the most intriguing quotes was when Fonda said Tom Brady has a future career in acting. Given Brady can’t play football forever, we may see him transition into a regular actor on the big screen. Fonda said:

“He’s a good actor. This could be a whole new career for him.”

Fonda and Brady have a comedic relationship emanating from Fonda’s inability to not get starstruck when interacting with the Tampa Bay Buccaneers quarterback.

Tom Brady has the look, personality, and resume to become a successful actor. But his decision to return to the Buccaneers will hold off on a transition to Hollywood for another year.

That said, Brady’s love for being a father might outweigh his ambitions for acting.

Tom Brady tearing up talking about his dad/being a dad in this clip from Man in the Arena https://t.co/7nAzrWYWoy

Although Tom Brady could decide to make more movies in the future, his football career will always come first. Brady’s passion for fatherhood and football makes his plans uncertain to everyone, including himself.

His current contract expires after this season, making him a free agent in 2023. 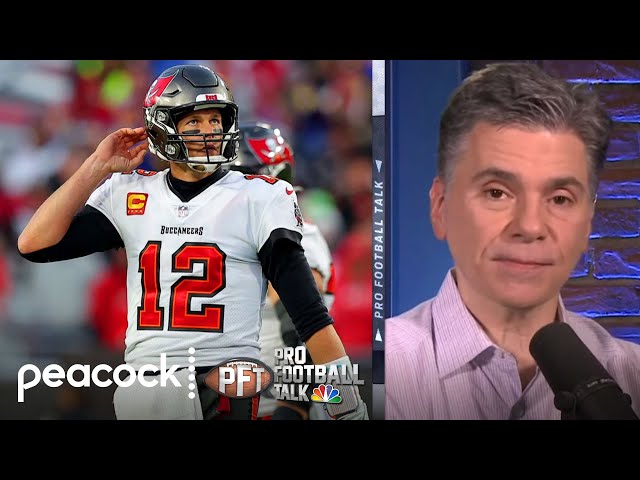 Brady has had a busy couple of months. It’ll be interesting to see if the production of his movie is completely halted or not during the regular season.