Mumbai Indians (MI) speedster Riley Meredith has not featured for his new franchise in the IPL 2022 season so far. However, he is relishing the opportunity to interact with star pacer Jasprit Bumrah in training.

Bumrah is arguably one of the best bowlers in the world across formats currently and Meredith has been taking a few tips from the 28-year-old to improve his own bowling.

Speaking in a video posted by MI on YouTube, Riley Meredith opened up about his experience of sharing the nets with Bumrah. Here’s what he had to say:

“I think at the moment, it’s hard to get past the big ‘Boom Boom’ Bumrah. I have had the opportunity to bowl with him in the nets and it has been special. He is a great fellow and is more than happy to share some tricks with me which is really nice.”

Riley Meredith on most entertaining mates in MI

Riley Meredith has also had an opportunity to bond with his new MI teammates. The 25-year-old spoke about how pocket dynamite Ishan Kishan kept the mood light in the MI camp by passing along some funny comments here and there.

Meredith also spoke about his bonding with teammate Tim David, who is also from Australia. Both have been teammates at the Hobart Hurricanes too in the Big Bash League. Meredith stated:

“The person that keeps everyone entertained is obviously Ishan Kishan. He is a bit of a prankster, always making a few gags and those sort of things. I am hanging out with Tim David as well, obviously because he is an Aussie and he keeps me entertained as well.” 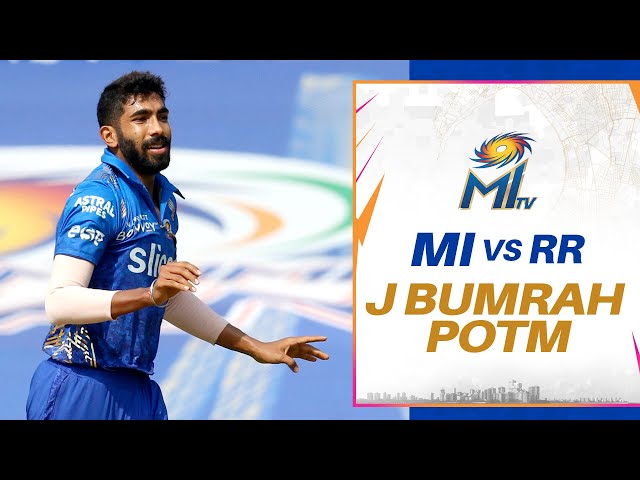 MI have struggled with their bowling so far this season as apart from Bumrah, no other bowler has shown great promise. It will be interesting to see if MI bring in Meredith to see if his extra pace could cause problems for the batters.