Tyson Fury wants to fight Oleksandr Usyk next and would provide “huge problems” for his fellow heavyweight champion in a unification bout, says his UK promoter Frank Warren.

Following another clinical Usyk display against Anthony Joshua in their WBO, WBA and IBF title rematch, attention quickly turned to a mouth-watering duel to be crowned the division’s number one – and both fighters have talked up the prospect.

Usyk said after his split decision victory over Joshua that he would only defend his titles against Fury, while the WBC champion suggested he would be open to ending his short-lived retirement to take on the similarly unbeaten Ukrainian.

Warren has now confirmed that Fury has his mind fully focused on a Usyk fight, with the only question marks over where it will take place.

“There were talks before the [AJ] fight and Tyson had to make his mind up,” Warren told Sky Sports.

Oleksandr Usyk used his classy skills to win a split decision after an enthralling rematch with Anthony Joshua. Watch the full repeat of Usyk v Joshua on Tuesday at 10pm on Sky Sports, Sky Sports YouTube, SkySports.com or the Sky Sports App

“They both know that the fight’s worth a lot of money – which it is – so it’s whether… is it going to go back to Saudi, is going to go somewhere else, who knows?

“One thing’s for sure: there’s no problem in making the fight – both camps get on very well with each other.”

Warren, who is also keen for Joe Joyce to get a shot at Usyk should he beat Joseph Parker next month, said he is confident Fury would be able to overpower his rival despite Joshua’s struggles against the former cruiserweight.

Asked how Fury would beat Usyk, he said: “Being Tyson Fury! 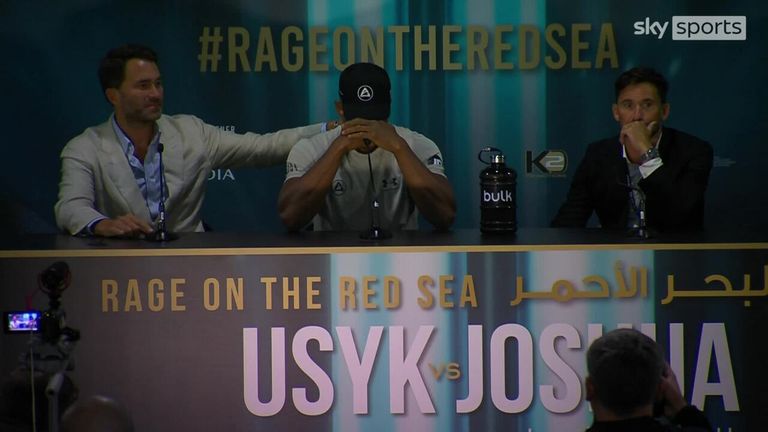 “I was watching it and I felt I liked Usyk. I liked what he did, but I feel a real big heavyweight – I’m talking about a heavyweight who has got good whiskers, who’s got good work rate [would beat him].

“Joe, for example, he’s got good work rate, he’s got a very good chin. I think he gives him a lot of problems. And I think Tyson gives him huge problems as well.

“I think they’d be just too big and have too much ammunition for him.”

Joyce, who is fighting Parker on September 24, added: “I always thought that Tyson Fury would just slap him about because you know he’s the bigger man. 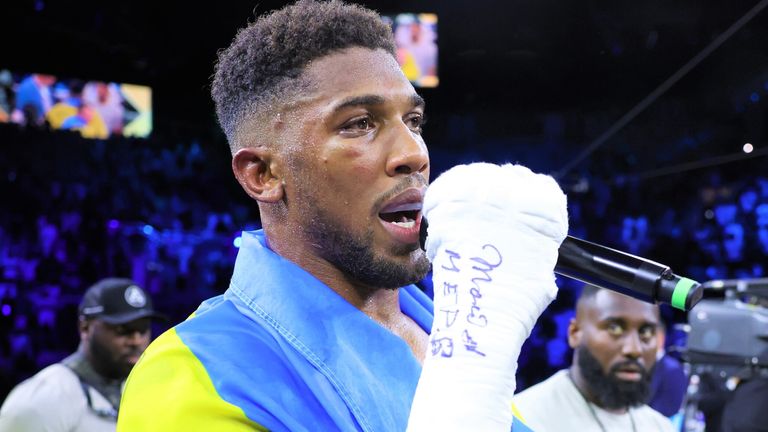 “He can also turn southpaw so if he just does the whole fight southpaw, he’s got the reach and range advantage, probably a little bit of power too.

“And the thing is with Tyson, if you look at his early knockouts he really roughs them up and knocks them out in horrible fashion, so he’s got the ability of doing that.”

‘Fury up for the challenge of Usyk’

The WBC has told Fury to make a final decision on his future by this Friday, but his US promoter Bob Arum had revealed last week the 34-year-old would return for a fight against the Usyk vs Joshua 2 winner.

“Once this fight is over we’re going to put together a total unification match between the winner and Tyson Fury,” Arum had told Sky Sports.

“Now, if Usyk wins the fight, which I expect, that will be quite easy to do because we’re very close to the Usyk people as they’re the same people who manage Vasyl Lomachenko who fights for us.”

Arum continued on Fury, who last fought Dillian Whyte in April: “I’ve talked with him [Fury] and every day is different, but he’s a fighter and if the right fight is there then Fury will be up for that fight.

“The right fight is the unification fight against the winner of Usyk and Joshua and I think – based on my conversations with Fury – he’ll be up for that challenge.

“How much longer he will go after that, god only knows and I’m not sure, but I’m confident at least that he’ll answer the bell for that major fight.”

Warren, meanwhile, believes Joshua should focus on domestic fights after his back-to-back losses to Usyk.

“He’s in the catch-up club,” said Warren. “All these guys, Joe (Joyce) included, they’re in front of it. And now he wants to get a seat back at the table. 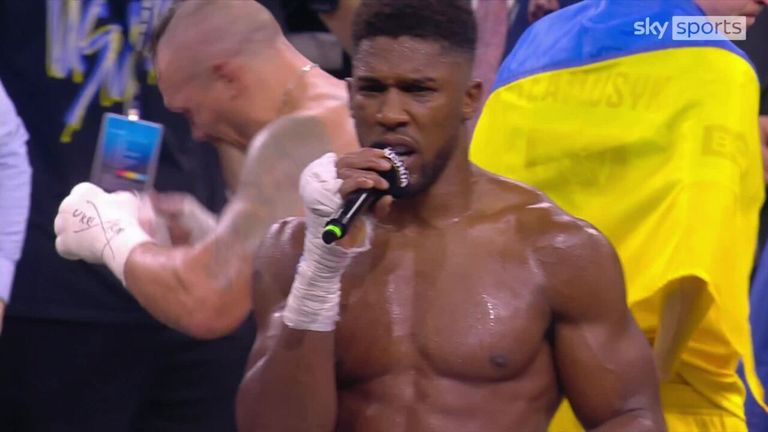 “He’s got to work his way through. He’s coming off two losses, so he’s not going to get into any mandatory position.

“If he gets some wins under his belt, who knows maybe [a fight against] Tyson Fury. But all anybody cares about at the moment, as far as that unification is concerned, is seeing that fight between Usyk and Tyson, getting that on.”