Manchester United manager Erik ten Hag has sent a message to his star forward Cristiano Ronaldo ahead of their Premier League encounter against Arsenal.

The Red Devils have enjoyed a great revival, winning three on the bounce, after a dismal start to the season that saw them lose two in a row.

Ten Hag’s side will take on high-flying Arsenal on Sunday at Old Trafford and will be looking for their fourth successive victory.

Ahead of the big game on Sunday, Ten Hag has set a warning to five-time Ballon d’Or winner Cristiano Ronaldo.

The Dutchman is clearly not very impressed with the Portuguese international’s fitness levels after he missed the pre-season.

Ten Hag has insisted that Ronaldo must adapt himself to Manchester United’s new system. He said, as quoted by The Mirror:

“As we said, Ronaldo is here. And, as we all know, he didn’t have a pre-season. You cannot miss pre-season.”

“It’s a base. Especially with the game we play, the way we want to play. We don’t play in the same way we did last year, there is no comparison.”

The Manchester United manager has claimed that his style of football requires a lot of movement with and without the ball, as well as tenacity.

The former Ajax boss has however not ruled out the possibility of Cristiano Ronaldo being more involved as the season progresses. He added:

“This demands cooperation and it demands certain positioning in – and out – of possession. The other thing is his fitness.”

“But it’s still early in the season. We have a squad. We have more than 11 players – and that’s what you’re seeing now.”

Cristiano Ronaldo has started just one out of Manchester United’s five Premier League games this season.

The Portuguese superstar is yet to score his first goal of the season and it looks pretty evident that Ten Hag does not fancy him as his first-choice centre-forward.

Marcus Rashford has played up front in the last four games while playing on the left flank in the season-opener against Brighton & Hove Albion.

Anthony Martial’s return from injury will make Ronaldo’s chances of returning to the starting XI even more difficult.

Ronaldo has been used off the bench in the last three games but has looked ineffective due to his lack of movement.

Now 37, Cristiano Ronaldo will have to work really hard to force himself back into Manchester United’s first-team plans. 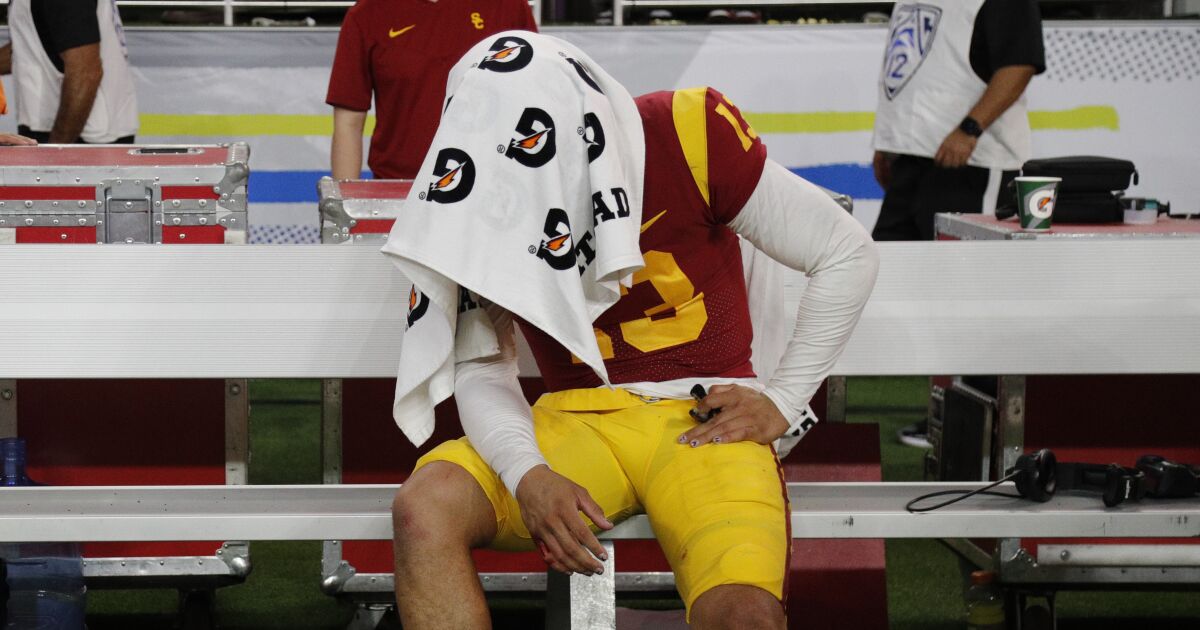 SuperBook Promo Code – Get up to $1,000 Bonus When You Sign Up and Deposit on Today’s NCAA Football Games | December 3rd