Wesley Fofana is set to undergo his Chelsea medical on Monday ahead of a £70m move from Leicester.

Fofana has reportedly flown to the USA for the tests.

According to The Athletic, this is for new owner Toddy Boehly’s “peace of mind” after Fofana’s serious injury last season. He missed most of the campaign due to a fractured fibula.

Chelsea and Leicester reached a verbal agreement on Friday after a protracted saga over his valuation. Leicester had wanted more than the £80m they got from Manchester United for Harry Maguire.

This had frustrated the player and he was left out of the Foxes’ last two games against Chelsea and Southampton.

Leicester manager Brendan Rodgers said last week: “He won’t be available for the weekend [against Chelsea] and has trained with the U23 squad.

“My concentration is on the players that we have, and the team. I can’t lose energy. If something will be done, it will be done with the clubs. Until that happens we just have to work with what we have.”

Rodgers added: “Hopefully [there will be some transfer business done between now and the end of the window]. That would be really good for the team to be able to do that, to improve the squad is always important. But until that changes, we will work with what we have.”

Fofana is now expected to sign a six-year deal as a Chelsea player and fulfil his dream of emulating Didier Drogba by playing for the club. Drogba is considered a legend in Fofana’s home city of Marseille.

Before a verbal agreement was reached, a third Chelsea bid for Fofana, worth £70m in total, was immediately rejected.

The offer was believed to be £60m with a possible £10m in add-ons – but the additional payments were described to Sky Sports News as “ambitious” targets.

Chelsea previously had two bids in excess of £60m rejected. 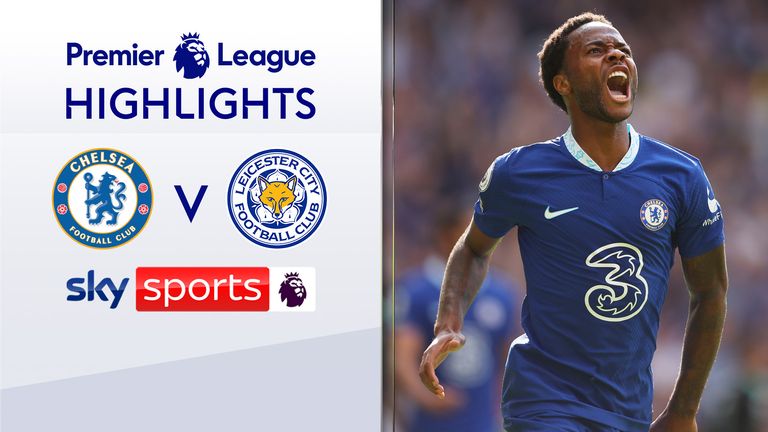 FREE TO WATCH: Highlights from the match between Chelsea and Leicester City in the Premier League

Hudson-Odoi is expected to fly to Germany on Monday for a medical.

The move was in danger of collapse 24 hours ago as Leverkusen wanted an option inserted in the deal, but Chelsea only wanted a straight loan. It will be the first time the forward has been loaned out by the club.

Talks went into the night with Hudson-Odoi’s representative – his brother Bradley – able to convince Leverkusen to take the deal on the terms Chelsea wanted.

Part of 10 Freeway Damaged by Flooding Reopens in Riverside County

IND vs PAK 2022: "It seemed Virat Kohli's bat is made of edges" - Aakash Chopra on former skipper's knock

In the case of James Dolan v. lawyers, New York fans are the losers