Brazil coasted into the quarter-finals of the World Cup as an exuberant first-half performance helped them to a 4-1 win over South Korea on Monday night.

Tite’s side were boosted by the return of Neymar – who suffered an ankle injury in the opening win over Serbia – and the 30-year-old announced his return with a penalty that moved him one goal behind Pele’s international record of 77 (13), which doubled Brazil’s lead after Vinicius Junior’s cool opener (7).

Richarlison then netted his third goal of the tournament after some of the most exquisite build-up (29) and it was 4-0 before the break when West Ham’s Lucas Paqueta guided in a shot to get in on the act (36).

But with the job already very much done by the break, the momentum slowed after it. As a result, South Korea did not let their heads drop and they had a brief moment to celebrate when Seung-Ho Paik reduced the deficit with a thumping strike (76).

Big moments in the game

Unsurprisingly, it was not enough to inspire a comeback from Paulo Bento’s side, who exit after having reached the knockout stages for the first time since 2010

Brazil, meanwhile, advance to the last eight of the tournament, where a clash with Croatia awaits on Friday afternoon.

Man of the match: Vinicius Junior

How Brazil sauntered into the quarter-finals

As the final match at Stadium 974 before it is dismantled began, the high tempo of the opening exchanges hinted this would be a competitive affair. Less than 15 minutes in, it became abundantly clear that would not be the case.

Brazil were soon very much in the groove when Raphinha brilliantly rode a challenge on the left-hand side of the box and sent a low ball skidding through a group of players to Vinicius Junior, who took one touch to control the ball and caressed it home with his second.

And it was two very shortly afterwards when Neymar successfully dispatched a penalty to move closer to a historic milestone after Richarlison had been caught by Woo-Young Jung.

The major setback made South Korea grow more fearless, with Alisson producing a heroic save to push away Hee-Chan Hwang’s stunning goalbound effort from 25 yards. At the same time, gaps began to emerge at the back, which were subsequently punished.

Brazil’s third oozed the South American flair that will undoubtedly see it featured among the goals of the tournament. Richarlison juggled the ball with his head and coolly finished after the slickest of exchanges between Thiago Silva and Casemiro. If that didn’t end Korean hopes, Paqueta certainly did when he guided Vinicius Junior’s scooped cross home.

Tite’s men tried to build on their simply unassailable lead after the break, but an inspired performance from goalkeeper Seung-Gyu Kim prevented them from extending their advantage – and their opponents even managed to take a smidgen of gloss off the victory late on, when substitute Seung-Ho Paik rattled in a consolation from 25 yards after a corner was cleared into his path.

But this was Brazil’s night and it is they who inch closer to glory after an imperious performance in Doha.

By bringing on third-choice goalkeeper Weverton against South Korea, Brazil have now used all 26 members of their squad at the 2022 World Cup. They have become the first side in World Cup history to use as many as 26 players at a single edition.

Player of the match – Vinicius Junior 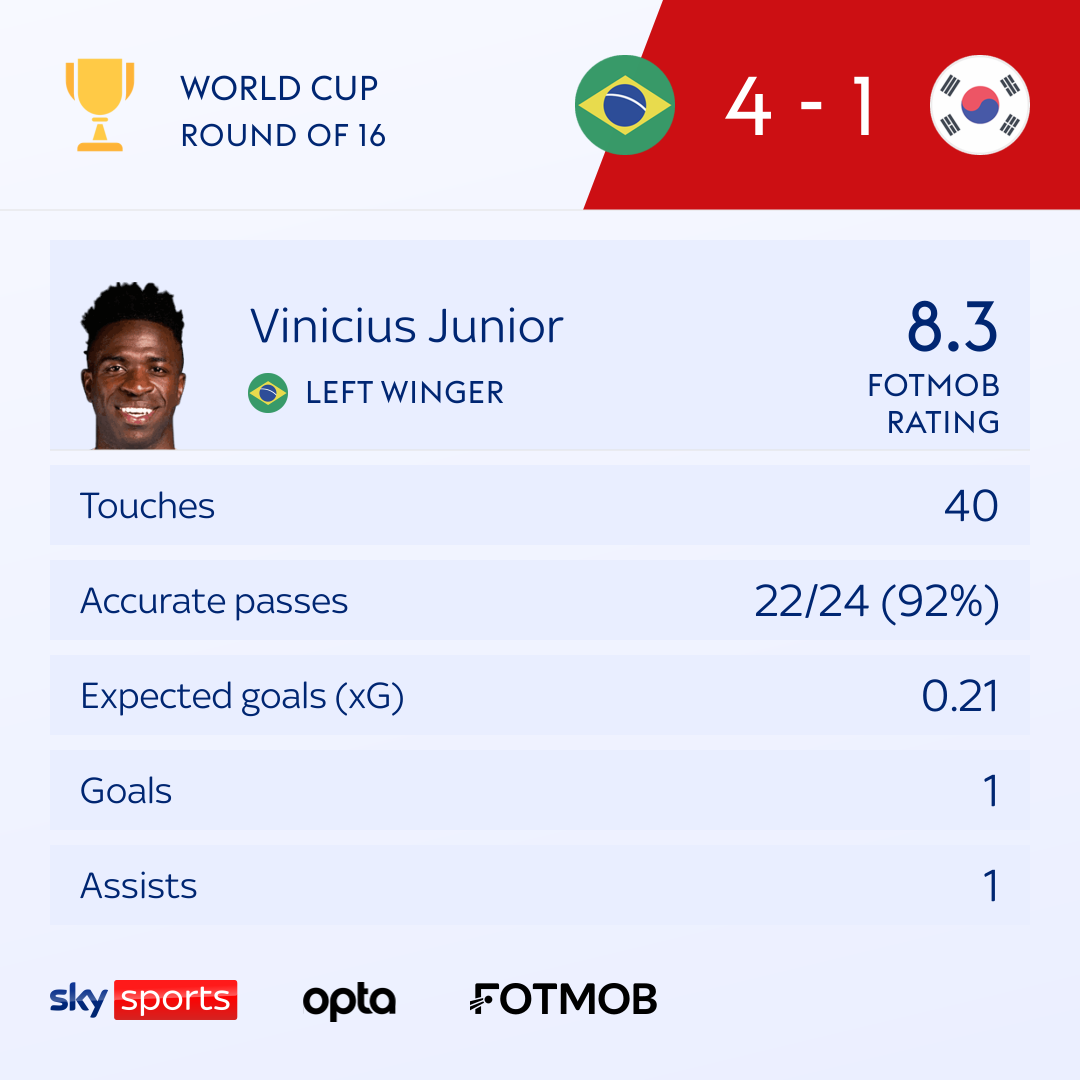 Brazil now advance to the World Cup quarter-finals, where they will face Croatia for a place in the semi-finals of the tournament on Friday.

Kick-off at the Education City Stadium will be at 3pm.

How to find your Spotify Wrapped 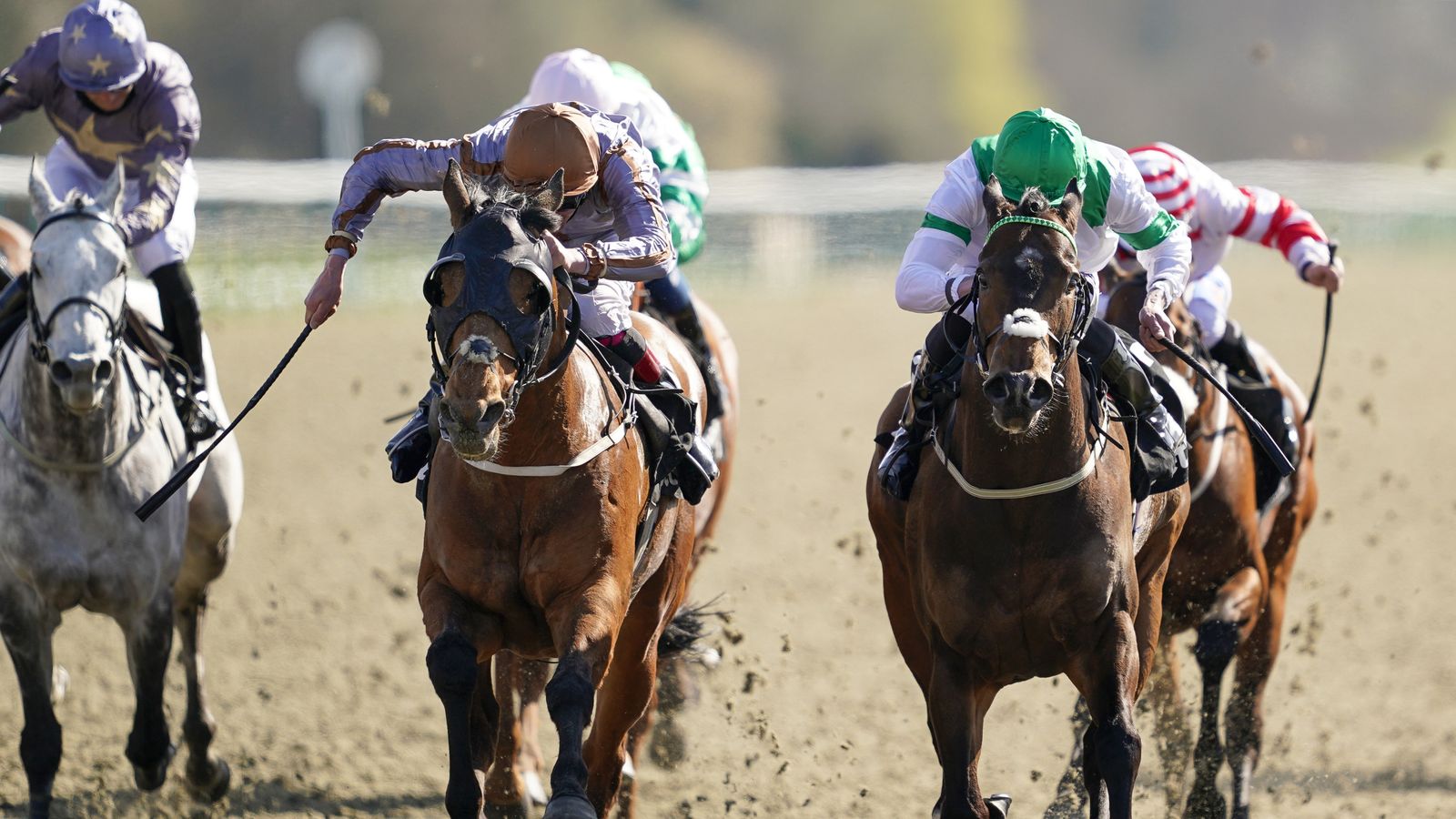