I have a confession. I love testing weird gadgets, especially over-engineered solutions looking for a problem. I know they’ll disappoint, but sometimes there’s an interesting idea buried within. What I don’t like is a valid gadget concept marred by clumsy execution. I was hoping the $69.99 Gatorade Smart Gx bottle and Gx Sweat Patch would be one of the rare gadgets where an odd concept actually ended up working well. Alas, it wasn’t to be.

The Gatorade Smart Gx bottle is meant to help people meet their hydration needs. It works with Gx Pods — capsules filled with Gatorade concentrate. The “smart” part is that the lid is supposed to track your fluid intake, and it connects to the Gatorade Gx app so you can set hydration goals, reminders, and futz around with the LED lights built into the bottle lid. Sporty nerds can also opt to use it with Gatorade’s Gx Sweat Patches, which are disposable wearable patches that measure how much sweat and sodium you lose during exercise. That data is scanned into the Gx app, which then spits out recommendations on how you should refuel.

That’s how this little tech ecosystem is supposed to work — emphasis on supposed to.

How we rate and review products

I’m not thirsty enough for this bottle

I’ve reviewed smart water bottles before. They’re the type of gadget that’s helpful for a sliver of people and overcomplicated for everyone else. That about sums up the Gatorade Smart Gx, too. Unless you’re a self-quantifying endurance athlete who struggles to track hydration, there’s very little reason for you to even look at this thing.

It’s not really a smart bottle; all the smarts are stuffed inside the lid. There are LED lights that flash periodically when it’s time for you to take a drink. If you press the “X” button near the spout, the same lights will flash to indicate your progress toward your daily hydration goal. You get a fireworks-style light show if you actually meet your hydration goal. The lid syncs to the Gatorade Gx app whenever it’s within Bluetooth range of your phone and gets about a week per charge. The lid is water-resistant enough to withstand a quick rinse in the sink, but it’s not meant for the dishwasher. Did I feel stupid charging a bottle? Yes, especially since it requires a proprietary charger. Lid aside, the bottle itself isn’t remarkable. It’s plastic, holds 30oz of water (or sports drink), and has Gatorade branding all over it. Same as the regular Gx bottles.

There’s also the Gatorade Gx app, which is currently iOS-only. Once you charge the bottle and pair it with your phone, the app suggests a daily hydration goal based on your personal data, such as gender and weight. For me, it recommended 73oz per day or a smidge over nine cups. That’s about right. The US National Academies of Science, Engineering, and Medicine recommends that women get about 11.5 cups of fluid daily, with the understanding that about 20 percent of that comes from food.

The reality is I could never drink that much from the Smart Gx bottle, partly because it made me feel like Violet Beauregarde from Willy Wonka & the Chocolate Factory. (I ended up lowering that goal to 54oz, which is much more doable and accounts for non-water beverages like my morning coffee.) But it was also because I had a hard time noticing the flashing reminders. I keep my bottle to the side of my desk. Sometimes I caught the LEDs blinking in my peripheral vision. Most times, I didn’t.

The tracking itself was hit or miss. Most times, it was fairly accurate, though there was always a bit of a lag as the bottle synced with the app. Other times, the app insisted I’d only sipped six ounces when I’d clearly drank half a bottle. The LEDs on the lid also showed barely any progress. It’s also flawed in that I can’t track beverages I drank from other containers. In a normal food tracking app, like MyFitnessPal or LoseIt, you can log your hydration no matter the source.

My favorite thing about this bottle has nothing to do with the tech. I just think it’s fun to smoosh down the Gx Pods. However, I don’t know that it’s fun enough to justify buying pods over powdered Gatorade. The Smart Gx bottle only comes with a four-pack of pods. After that, you’d have to buy your own. Twelve pods cost $19.95 on Gatorade’s site, and four-packs go for about $8 in stores. That’s a bit more expensive than just buying a six-pack of ready-made Gatorade at your local grocery store. The powdered version can cost as little as $10–$12 for a canister, with a lot less plastic waste. Either way, it’s not as if opting for the pods will save room in my gym bag.

The bottle itself isn’t anything to write home about. I have a 64oz Takeya water bottle with hourly markers. These two bottles effectively do the same thing in terms of encouraging hydration, but the Takeya bottle is less than half the price, and unlike the Smart Gx bottle, it’s leakproof. But the difference with the Smart Gx bottle is you’re not supposed to use it alone. That’s the biggest problem.

I’m not sweaty enough for the sweat patches

The Smart Gx bottle and Gx app are designed to work with Gatorade’s Gx Sweat Patches. You’re supposed to wear them on your forearm during a workout. During that time, the patches will partially fill with dye. Once you’re done exercising, you scan the patch with the Gx app. If your scan is successful, you can see an estimate of your sweat rate, as well as how much fluid and sodium you’ve lost during your workout. From there, the Gx app can give you exercise-specific fueling and hydration recommendations. This, plus the Smart Gx bottle, is supposed to be a one-two-punch combo for optimized hydration.

It’s tempting to roll your eyes and think, “Just use common sense, skip the patch, and drink regularly during exercise.” And it’s true. Hydration isn’t rocket science. You don’t need to think too hard about it for a run-of-the-mill gym workout. I’ve also never taken a fitness class without the instructor periodically reminding everyone to take a water break. I know all this, and yet I still occasionally bonk while running longer distances. Getting the right mix of fuel and hydration can be tricky, even for experienced athletes. If you’re new to endurance sports or adjusting to a new environment, I can see how insight into how much and how often to fuel would be helpful. So I get why Gatorade made these patches.

They just didn’t work well for me.

A lot of that is because conditions have to be just right. You’re supposed to use the patch during your “highest intensity workouts,” where you’ll sweat the most. Gatorade lists sports like basketball, running, cycling, and soccer, to name a few. It also suggests you wear patches during workouts lasting between 20 and 120 minutes at temperatures between 47 and 95 degrees Fahrenheit. For accurate results, you’re supposed to wear them during a single activity, and you’re not supposed to cover your forearm with clothing. If you must, Gatorade recommends wearing loose-fitting sleeves.

You get two patches with the Smart Gx bottle. I’ve used both and wasn’t able to get a result either time, even though I followed the instructions to the letter. The first time, I went for a 40-minute interval run in about 60-degree weather. I didn’t sweat as much as I would’ve in summer, but I was still sweaty. Nothing showed up on the patch. The second time, I went for a longer interval run while wearing a loose-fitting hoodie. I was much sweatier, but as you can see in the photo above, the patch barely shows any dye. Both times, I worked out within the stated parameters but wasn’t able to sweat enough to generate a result. When I tried to scan the patches, all I got were errors.

It’d be one thing if I could wear the patch elsewhere. The back of my neck, for instance, is the sweatiest part of my body; my forearms stay fairly dry. However, Gatorade says that the patch and algorithms are designed to be worn in one specific place: the left forearm. Results from any other area aren’t considered valid. Speaking of my forearm, even though I didn’t sweat enough to register a result, I did sweat enough to activate the orange dye. It stained my skin for a bit, though it disappeared after a good scrub in the shower.

I’m not the only one who’s struggled to get a result from these patches. If you’re a sweatier person, you might have more success than I did. However, at $25 for two patches, they’re too expensive to use willy-nilly. And if you have an experience like mine, that’s $25 down the drain.

Too expensive to be this finicky

Of course, this whole Gx system is designed to sell more Gatorade, with a veneer of sports science thrown in. You know that, I know that, and Gatorade knows that, too. That’s capitalism, baby!

In all seriousness, buying the Smart Gx bottle isn’t actively harmful, and there’s nothing offensive in the app. Nerds who like self-quantifying might get a kick out of it. I just wouldn’t recommend this for the average person. It was amusing to try, and yes, I did drink more water while testing. It’s just not worth $70. I appreciate trying to inject some sports science into the product, but the smart features are too much of a hassle to use every day.

For most people, a regular water bottle and common sense are enough

For most people, a regular water bottle and common sense are enough. According to Cleveland Clinic, if you’re exercising for under an hour, plain old water is fine. You only really need a sports drink if you’re working out for more than 75 minutes at a high intensity or in a hot climate. If you really want to be precise, weigh yourself immediately before and after an exercise. Whatever water weight you lose, you’ll want to replenish by about 150 percent. If you want some high-tech help, there are hundreds of hydration tracking and reminder apps for phones and smartwatches. For free.

There’s a nugget of a good idea in here somewhere, but it all feels unfinished. The app doesn’t do much, and unless you think you’ll like changing the lid’s LED colors a lot, you won’t use it much. If the patches weren’t so fussy, or if I were a sweatier person, I would’ve liked to use them once or twice when I was in half-marathon training. But as it is? I won’t be buying any more Gx Pods when I finish the last one. At least it still works as a water bottle,

Photography by Victoria Song / The Verge

Every smart device now requires you to agree to a series of terms and conditions before you can use it — contracts that no one actually reads. It’s impossible for us to read and analyze every single one of these agreements. But we started counting exactly how many times you have to hit “agree” to use devices when we review them since these are agreements most people don’t read and definitely can’t negotiate.

To use the Gatorade Smart Gx bottle, you must pair it with an iPhone. That includes the phone’s Terms of Service, privacy policy, and any other permissions you grant. You must also pair the bottle to the Gatorade Gx app.

By downloading the Gatorade Gx app, you’re agreeing to:

You may also grant several optional permissions, like Bluetooth, camera, digital assistant, notifications, background app refresh, cellular data, and data tracking. If you choose to integrate with Apple Health, you’ll also have to accept those agreements and permissions as well. 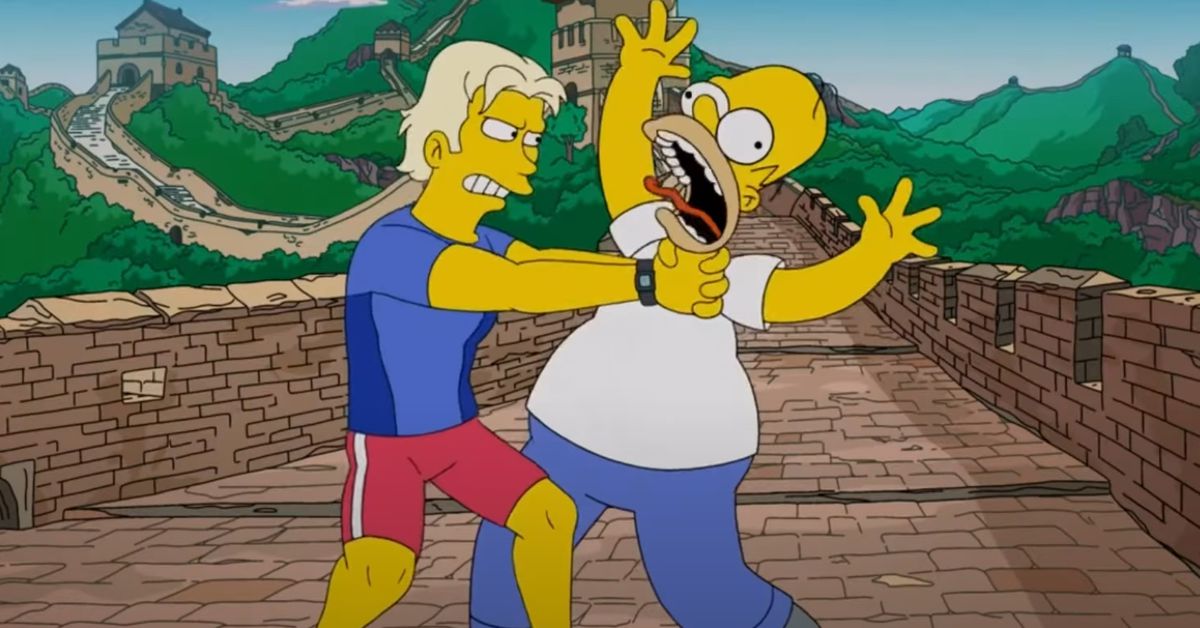