Gus was a good dog — actually he was the best dog, according to his owner. He loved to cuddle and hunt for squirrels at their home outside Madison, Wis., and lived for licking whipped cream off his nose.

These are the moments Anna Brose remembers her dog by after Gus died suddenly last month while she and her husband were visiting family in Alaska.

“We came back from our trip and he was just gone,” Brose, 28, told The Washington Post.

In addition to the heartbreak of losing Gus, Brose had to see if she could return an unopened bag of prescription dog food that was delivered by pet-supply retailer Chewy. The company gave her a full refund and suggested she donate the food in Gus’s name.

She later received flowers with a note. To her surprise, the flowers were not from a family member or friend but from Jordan, the Chewy customer-service employee she chatted with who had sent their written condolences to her.

“It meant a lot that someone else knew about Gus and cared that he was gone,” she said.

Brose recounted the experience on Twitter this week, and her story went viral, with strangers from across the internet paying tribute to Gus. Some also shared their own similar stories with Chewy after their beloved pets died.

“Gus would have been blown away!” Brose tweeted.

I contacted @Chewy last week to see if I could return an unopened bag of my dog’s food after he died. They 1) gave me a full refund, 2) told me to donate the food to the shelter, and 3) had flowers delivered today with the gift note signed by the person I talked to?? 😭🥹

Andrew Stein, senior director of customer service at Chewy, acknowledged the company’s work addressing Brose’s situation in a statement to The Post.

“Customers are at the center of everything we do at Chewy,” Stein said. “Each interaction with a customer is an opportunity to delight them in a moment of joy or provide empathy in a time of grief.”

Stein added, “These acts of enduring companionship, which include sending handwritten holiday cards, hand-painted pet portraits and sympathy flowers, are embedded in our culture and allow us to create deeply personal and emotional connections through all the highs and lows of the pet parent journey.”

Shortly after they married in 2017, Brose and her husband saw Gus at a shelter in Billings, Mont. The Chocolate Lab-German Shorthaired Pointer mix was about 3 years old when the couple met him at a time when Brose described Gus as “really nervous and scared.”

“I don’t know what his life was like before, but he kept coming back over to us, looking for comfort and safety,” said Brose, a wildlife ecologist. “He wanted to be with us. It just felt right.”

Whatever hesitation or trepidation Brose saw in Gus soon washed away whenever they’d take him outside for a walk, run or hike whenever they were in Montana, Indiana, Alaska and Wisconsin. He’d wrestle with Juniper, the couple’s other dog, at home and the dog park, and performed what his owner humorously called “security checks around the perimeter for squirrels.”

“As soon as he was outside, all of his fear went away,” his owner said.

He had a mischievous side, too. When Gus figured out that they were moving away from Montana, he took his frustration out on two loaves of zucchini bread that Brose’s husband made for her, eating the tops of the bread in protest. Two summers ago in Wisconsin, Brose recalled how she had to pull Gus off a fawn he had proudly caught.

“Normally if he got in trouble, you just had to look at him weird and he was sorry,” she said. “But this time, he was so pleased with himself. It was the most glorious moment of his life since he finally caught something.”

The couple knew he had some mysterious health symptoms, but they had been reassured that it was nothing life-threatening. But on the night of May 26, they got a call from the friend where Gus had been staying.

The couple’s veterinarian later confirmed that Gus died from a stomach bloat, also known as gastric dilatation-volvulus (GDV). The serious condition occurs when a dog’s stomach is filled with gas, food or fluid, and subsequently twists in a clockwise direction, according to the Veterinary Medical Center of Central New York. GDV develops without warning and can be fatal if left untreated.

While the couple knows what killed Gus, they don’t know what triggered the stomach bloat, Brose said.

My sweet boy Gus died unexpectedly and prematurely a few days ago while we were out of town. I just need everyone to know that he was the gentlest, most loving dog who overcame so many fears to share life with us. We miss you so much, handsome boy. pic.twitter.com/5QKRY0wOaz

Returning to Wisconsin meant coming back to an empty home with an unopened bag of expensive prescription dog food. Not thinking she’d be able to make it through a phone call without crying, Brose opened up Chewy’s chat function last week and explained how she wanted to return the dog food since Gus died.

“I didn’t even say his name, but the person must have gone and looked at my profile,” she said. “They got back to me right away and said, ‘I’m so sorry about Gus.’ It was so touching.”

Brose thought Chewy had done enough when she was told she’d get a full refund and was advised to donate the food to a shelter. She was wrong.

On Tuesday night, she had returned home late from watching another friend’s dog when Brose saw a box of flowers on her porch. She was floored when she saw the note was signed by Jordan, the Chewy employee with whom she chatted about Gus.

In the days since she tweeted about what had happened, Brose has been met with overwhelming support. Friends and strangers posted photos of Gus and their own pets, and Chewy trended on Twitter for days.

“@Chewy did the same for me when we lost our sweet boy, Murphy Brown,” tweeted actress Krys Marshall, who is featured in the Apple TV series “For All Mankind.” “I’d just ordered 2 cases of his special kidney diet food, and they arrived after he passed But they gave a full refund and told us to just donate the food to a shelter. That act of kindness meant so much.”

@Chewy did the same for me when we lost our sweet boy, Murphy Brown. I’d just ordered 2 cases of his special kidney diet food, and they arrived after he passed🥺 But they gave a full refund and told us to just donate the food to a shelter. That act of kindness meant so much. pic.twitter.com/KrxWjBVh6T

So very sorry for your loss @alcesanna.💔🌈🐾It is always so hard to lose our furbabies. My little guy passed away 2 years ago and the flowers @Chewy sent gave a bit of joy during such a rough time. They truly are an amazing company. pic.twitter.com/3fUOFc5mSa

When we lost Reesie last year and I called to cancel his script, the Rep heard my voice and she cried with me. She asked if it was OK to pray for us and then a couple days later, we got this arrangement. I’ll never be able to fully express our gratitude ❤️ pic.twitter.com/4CV75oQYf8

I was all fired up for a moment, thinking you’d copied this story, until I saw the picture of your sweet buddy 😓 They did the same for me a few weeks ago when my Hector passed away! What a kind company – they have some customers for life now. I’m so sorry for your loss 💙 pic.twitter.com/YuNuM2HfMP

It’s been more than three weeks since Gus died, and the grieving process hasn’t gotten any easier for Brose and her husband. They’ve focused on keeping life as normal as possible for Juniper, who Brose said has “definitely been lonely and confused” without her playmate around.

The family still talks about Gus so that he “doesn’t become this sad thing that disappears from our lives,” Brose said. That’s been made easier by the personal note from Chewy and the thousands of people who’ve reached out online to remember their good boy.

“The kindness that Chewy and Twitter have shown since then, it has kind of restored my faith in humanity a little bit,” Brose said. “We’re still talking about Gus so that he doesn’t become this sad thing that disappears from our lives.”

Have a story for Inspired Life? Here’s how to submit. 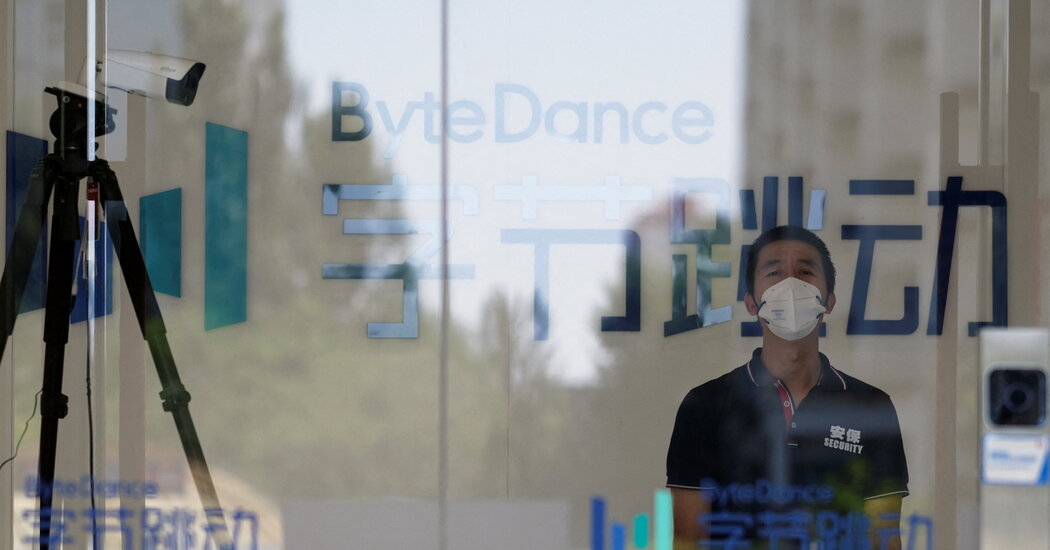 How Frustration Over TikTok Has Mounted in Washington 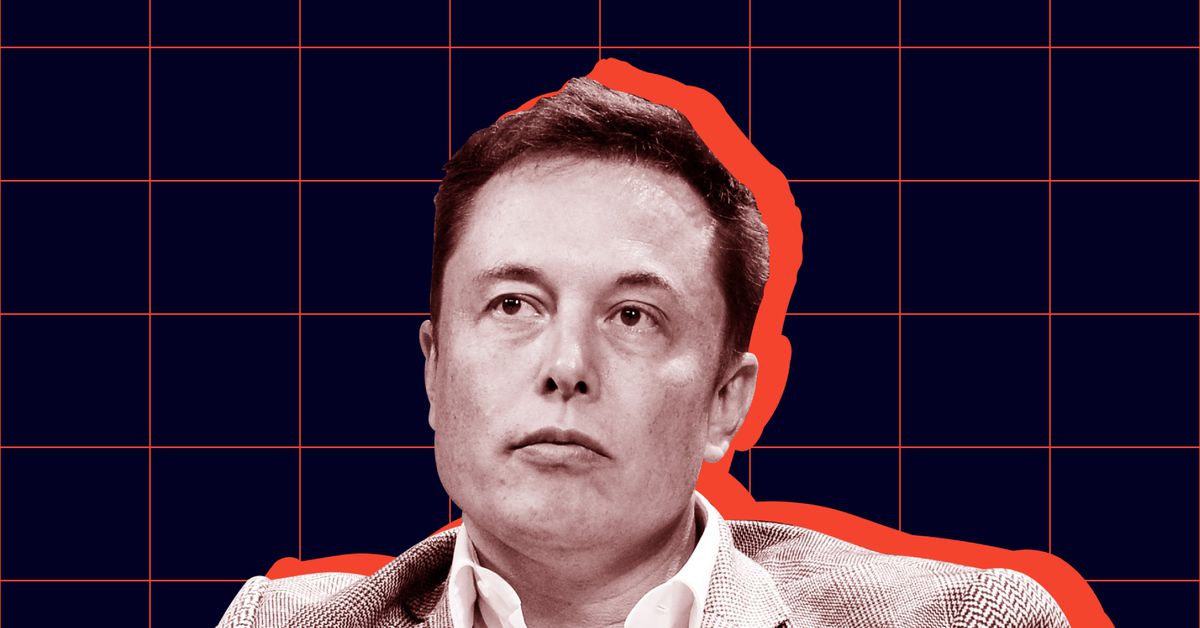