Through the first two episodes of the series, which will debut to the public March 24, “Halo” tells the story of how a smaller scale civil war between factions of humanity and the dominant United Nations Space Command (UNSC) was interrupted by a mysterious, dogma-driven alien force calling itself the Covenant. It’s still a story about the USNC’s super soldier Spartan program, and its creator, Dr. Catherine Halsey. Halsey — series protagonist Master Chief’s surrogate mother — is still a manipulative mad scientist. USNC Capt. Miranda Keyes is still trying her best to do good in a dubious organization. And the Master Chief, John-117, hues closely to the character’s more recent, 343 Industries portrayal in games, retaining his penchant for bad jokes as well as grappling with newfound self-awareness and independence.

The biggest difference from the games is that “Halo,” a show developed by Kyle Killen (“Mind Games,” “The Beaver”) and Steven Kane (“The Closer,” “The Last Ship”), kick-starts immediately with Master Chief navigating an identity crisis. The super soldier’s thoughts are bouncing between his role as a duty-bound, RoboCop-like galactic enforcer and becoming a kinder, fuzzier Terminator with a heart of gold. The stimulus for this self-awareness is the show’s most contrived plot point, namely Chief’s connection with a magical ancient stone, an ever-reliable modern McGuffin. But the consequences of that internal crisis, at least for the first two episodes, also provide the best source of rising tension between Master Chief’s dawning sense of righteousness and the borderline fascist government of the United Nations Space Command.

The video game “Halo” released in 2001 during the height of American jingoism in a post 9-11 world. Its brand of hoo-rah hollering, always-do-right militarization of the space opera seemed to fit the national mood well. It took years for original developer Bungie to reflect on the ethically-shaky foundations of its heroes. The UNSC was more than willing to commit a few war crimes like kidnapping children — the Chief included — to establish galactic security via its horrific super soldier experiments. These children would become weapons to quell rebel uprisings, like superpowered Stormtroopers with perfect aim. The Chief of the games would take much longer in the story before he started questioning his orders.

Not so with Paramount’s “Halo.” The first episode ends in a surprising and nail-biting standoff, a powder keg of already-conflicting interests. It bodes well for the rest of the series that it’s already revealing its layers so early, and the possible parallels between human society and the ill-fated Covenant alien faction.

It’s also hard not to be drawn to Pablo Schreiber’s eloquent, emotive face as he portrays Master Chief’s moral confusion. Fans of the games, in which the Chief never sheds his helmet, may be surprised that he is unmasked (and often) in just the first two episodes. But once players get over the shock, you get used to his gravelly, chiseled mug framed by all that green titanium. The role calls for a stoic performance that softens over time, and Schreiber’s face tells that story often and clearly. His Master Chief is a somber one, yet unafraid to be assertive when he knows he’s right.

The show’s casting and storytelling also reflects the multicultural roots of the game. As a Korean, it’s a relief to hear the language survive in this future. The second lead of the first two episodes, Quan Ah (Yerin Ha), puts on a fiery, if one-note performance, as a surviving insurrectionist who helps the Chief ground his morals. Danny Sapani and Olive Grey, playing the father-daughter pair of Jacob and Miranda Keyes, offer some warmth on the UNSC side, which contrasts with Shabani Azmi’s cold and calculating Adm. Margaret Parangosky.

The action also begins violently. “Halo” the TV series is clearly unafraid to show what Covenant weapons can do to human bodies. Master Chief and his Silver Team of Spartans also move with lethal precision, although the computer graphics animation appear a bit too bouncy. The Covenant aliens look believable enough if the camera doesn’t linger too long. Thankfully, the show’s cinematography mirrors Steven Spielberg’s shaky footage from “Saving Private Ryan,” which helps suspend any disbelief. It’s notable that Spielberg once signed on for the project years ago, as part of the show’s long journey to its debut.

If the show’s premise sounds a bit like “Dune” with a military fetish, it’s because that’s what “Halo” always has been. The show is derivative because “Halo” at its core is derivative, even lifting the “ringworld” concept from author Larry Niven, who wrote the novel of the same name. In video games, such homage is a welcome experience thanks to the engaging first-person action, which differs from the lean-back experience of watching a show or movie. It remains to be seen where the story and its added drama can effectively replace the thrill of interactivity, especially since players no longer own the thrill of being Master Chief.

There are some indications that there may not be any kind of big twists ahead. By the first half of the second episode, viewers may already get tired of how many times you’ll hear a character mutter “I don’t know” to a question that, if the show plays out like the plot of the games, fans of the franchise already know the answer. If they do play out in similar fashion, what’s the payoff for the Chief’s loyal fans? The show’s tricky balancing act will be handling this sense of familiarity with its characters and story beats against the heightened tensions between the shows characters and factions. In the first two episodes, it has pulled it off.

It’s unclear how Master Chief will develop, particularly since his crisis of faith begins so early in his career. And although we catch glimpses of his soon-to-be AI partner Cortana (played by Jen Taylor, who voiced the character in the game series), we have no real clue how she’ll be implemented or inserted into the show’s dynamic. Their relationship and interplay will be another key to the show’s success, particularly with its core fans. We wait with bated breath for her debut episode.

Two episodes in, “Halo” doesn’t do enough to distinguish itself beyond the buffet of science fiction television but no other show promises as many visual, alien delights. The halls of High Charity, the Covenant mother ship, are outfitted like a monastery, or a freakier, larger version of Kim Kardashian’s Belgian-inspired Los Angeles mansion. It’s tacky and threatening, and also unforgettable.

As far as pulpy science fiction goes, “Halo” fill the hole it was always meant to fit. Fans of the game can take comfort that characters stay true to the source material, while offering just enough early twists to make us question what’s next. Anyone new to the “Halo” universe can expect a gruff, war-ready and so-far-simple space opera with enough to chew on for at least the next few episodes. For now, it’s enough to wonder what kind of man the Master Chief decides he will be. 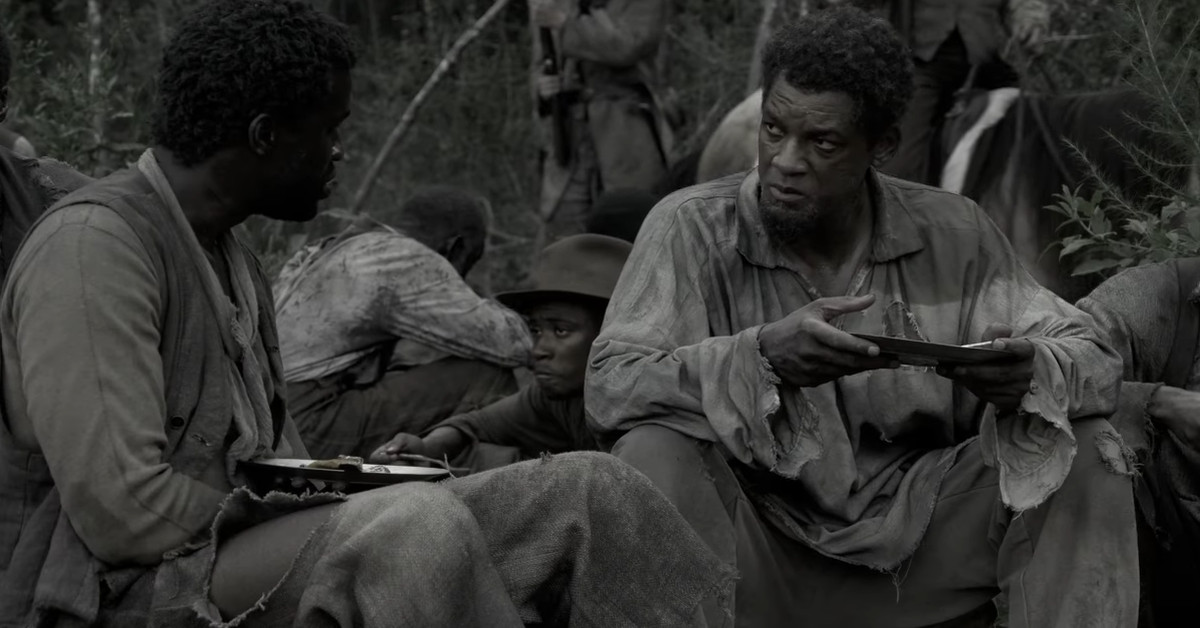 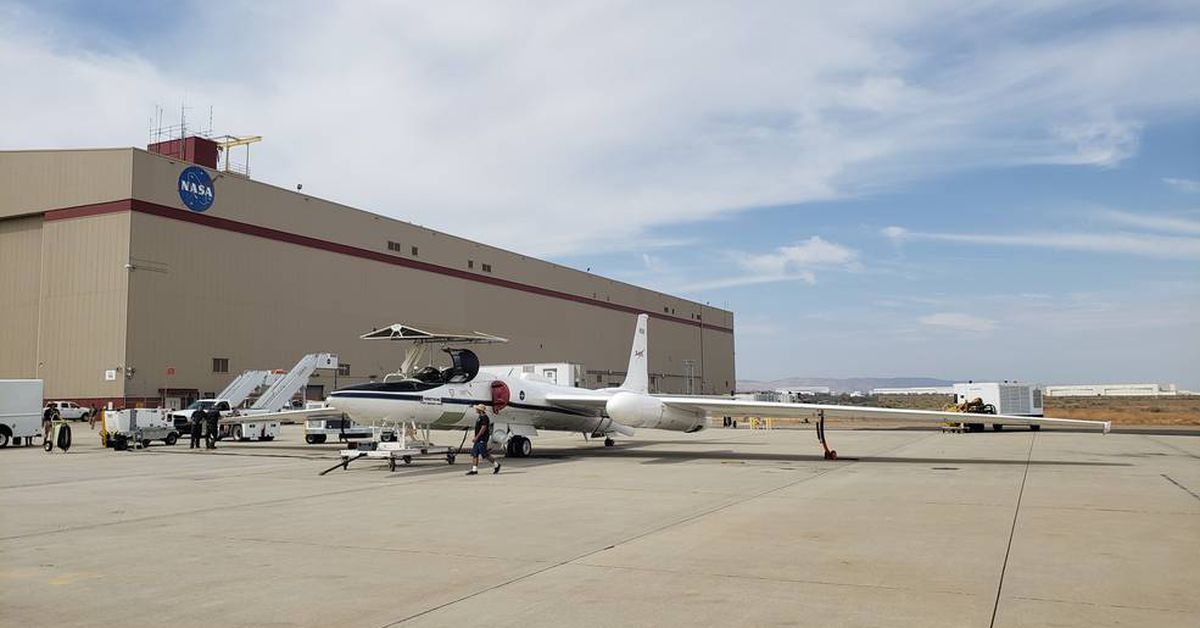