Former president Donald Trump has said he wouldn’t rejoin Twitter, even if Elon Musk completes a $44 billion takeover of the company and rescinds his ban in the name of unfettered free speech.

But some of Trump’s advisers don’t believe he’d be able to stay away from the megaphone that fueled his rise to the presidency — even though he owns a Twitter clone, Truth Social, that has staked its existence on the exclusive use of Trump’s online brand.

Trump supporters have for weeks preemptively clung to Musk’s interest in Twitter as a surprise blessing — a way to overturn not just Trump’s ban but what they argue, without evidence, is the systemic censorship of conservatives across the platform.

Trump himself has been telling advisers in recent weeks that he won’t rejoin the social network that banned him last year after the U.S. Capitol riots, even if Musk upends the site’s moderation policies. A Trump spokesman confirmed his comments Monday to Fox News that he planned to post exclusively to Truth Social in the coming weeks.

“I want everybody to come over to TRUTH — conservatives, liberals, whatever,” Trump told Fox News. “The response on TRUTH is much better than being on Twitter.”

Though Trump has publicly panned Twitter as boring and irrelevant, he still looks at the site often, mostly via printouts of tweets from politicians and journalists handed to him by his aides, according to two people familiar with the matter who spoke on the condition of anonymity because they were not authorized to discuss Trump’s habits.

Trump regularly bemoans his lost reach — his Truth Social fan base is about 1 percent of his peak Twitter following — and complains that his comments now don’t get as much pickup in public discussion or the press.

“Truth Social is working out its kinks, they are onboarding people … but he loved his Twitter,” said a Trump adviser who spoke on the condition of anonymity because of the sensitivity of the subject. “Don’t let anyone tell you otherwise.”

Musk has not directly commented on Trump’s potential return to the service but has repeatedly said his goal is to safeguard the platform as a vehicle of free expression — comments widely understood to mean a looming retreat from current moderation policies and enforcement actions. A person familiar with the matter said Trump had not spoken with Musk in the lead-up to the deal.

But Musk’s Twitter purchase on Monday inspired celebration among Trump supporters — and dread among those who fear his return to the White House — who argue Musk has championed the idea, including in a tweet to his 84 million followers on Monday, that the platform should allow its “worst critics” to stay on the site “because that is what free speech means.”

In a statement Monday, Musk said, “Free speech is the bedrock of a functioning democracy, and Twitter is the digital town square where matters vital to the future of humanity are debated.” He did not explicitly mention Trump.

Trump’s Twitter ban, occurring after months in which he boosted election-fraud conspiracy theories and encouraged fans to take direct action to keep Joe Biden from the White House, lost him direct access to nearly 89 million followers and spurred anger among Trump supporters who called it Big Tech censorship.

Some observers outside Trump’s orbit said they doubt he could resist the temptation to use a service that might again help him dominate the online conversation in the 2024 presidential race.

“That’s just him being a spoilsport. Of course he wants to be back on Twitter,” said Darren Linvill, lead researcher for the Clemson University Media Forensics Hub, which has studied the flow of online disinformation. “The thing that got him elected before has likely just been handed back to him.”

But Musk’s ideas of free speech do not match those of many scholars, who warn that in practice the voices of the powerful few — including both Musk and Trump — can drown out the others who make up the “town square.” Moderation makes the playing field more even by curbing harassment, hate speech and amplification techniques such as automated bots that can distort the free flow of ideas.

“Everything bad that the Internet gave us for so long is basically going to come roaring back,” said Heidi Beirich, co-founder of the nonprofit Global Project Against Hate and Extremism. “And I think it’s a tragedy.”

As to Trump’s claims of staying away from Twitter: “He is a well-known liar, as you know. I can’t imagine him passing on that kind of audience.”

If Trump were to rejoin Twitter, he’d probably diminish the value of his own Twitter rival, and he has turned down lucrative offers from other social media start-ups in favor of bolstering his own brand.

Trump has been telling people in recent weeks that Devin Nunes, the former California representative who left Congress to become the company’s chief, is fixing Truth Social’s glacially slow rollout, technical errors and other flaws.

Why did Elon Musk buy Twitter? And what will he do with it?

The former president has privately griped about the app’s numerous problems, leading to the resignations of three top executives and regular visits from Nunes to Trump’s Mar-a-Lago Club in Palm Beach, Fla.

Conservative lawmakers and commentators took a victory lap Monday over Musk’s successful Twitter takeover, urging the world’s richest man to reinstate Trump and arguing the deal could help them regain their own banned accounts.

The House Republicans tweeted to Musk directly that “it’s a great week to free @realDonaldTrump,” and Rep. Jody Hice (R-Ga.), who’s running for secretary of state and has pledged to rescind the valid 2020 results, tweeted, “WELCOME BACK FIRST AMENDMENT!”

But the news also pummeled the financial prospects of Truth Social, the cornerstone of Trump’s lofty ambitions to build the start-up Trump Media & Technology Group into a new Internet and media empire. The share price of Digital World Acquisition, a blank-check company critical to taking Trump’s company public, plunged 13 percent after news broke of the Musk deal Monday and has lost two-thirds of its value since early March.

Trump himself has been a late adopter of the network, posting on Truth Social only once, two months ago (”Get Ready! Your favorite President will see you soon!”). People close to him said earlier this month that he had no intention of using it until it was a proven success. At a rally Saturday in Ohio, he even messed up its name, calling it “Truth Central.”

Twitter executives used to boast that their company was part of “the free speech wing of the free speech party.” But years of controversy — including harassment, racism, hate speech, misinformation and terrorist activity on the platform — pushed Twitter to develop increasingly sophisticated moderation policies, as well as mechanisms to enforce them.

That culminated with the move on Jan. 6, 2021, to lock out then-President Trump in the hours after thousands of his supporters rioted at the U.S. Capitol. The company threatened to ban him if he didn’t stop inciting violence, then made good on the threat two days later, severing Trump from a platform where he once posted dozens of times a day.

The move, as with other moderation steps by Twitter and its social media peers, provoked howls of protest from conservatives who argued that Trump’s right to free speech had been abridged, part of what they portrayed as persistent bias from companies based in Northern California.

Jason Miller, a former top Trump adviser who runs his own conservative-friendly social network Gettr, said he believes Trump has no interest in returning to a platform he argues suffers from “a cultural problem … of political discrimination.”

Miller called Musk “one of the most talented innovators of our time” but said he will “find out it’s easier to put a man on Mars than it is to change the culture of Twitter.”

“Anything short of Donald Trump returning to Twitter will send a signal that Twitter is not serious about ending their political discrimination problem,” Miller added.

With business interests in cars, space flight, public transit, artificial intelligence and other arenas eyeing the possibility of stronger federal regulation, Musk could have an incentive to be kind to a possible future president — especially one with an established legacy of punishing his enemies.

But Camille François, a disinformation researcher at Columbia University’s School of International and Public Affairs, warned against the fixation on whether Trump rejoins the platform and said that lifetime bans create serious human rights concerns. 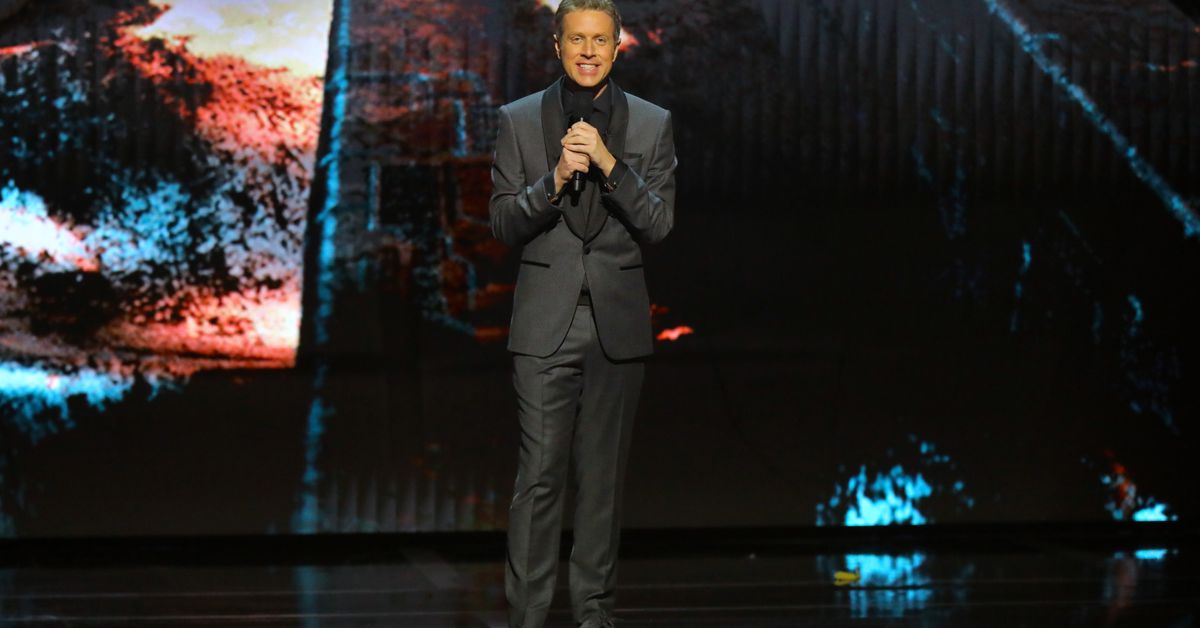 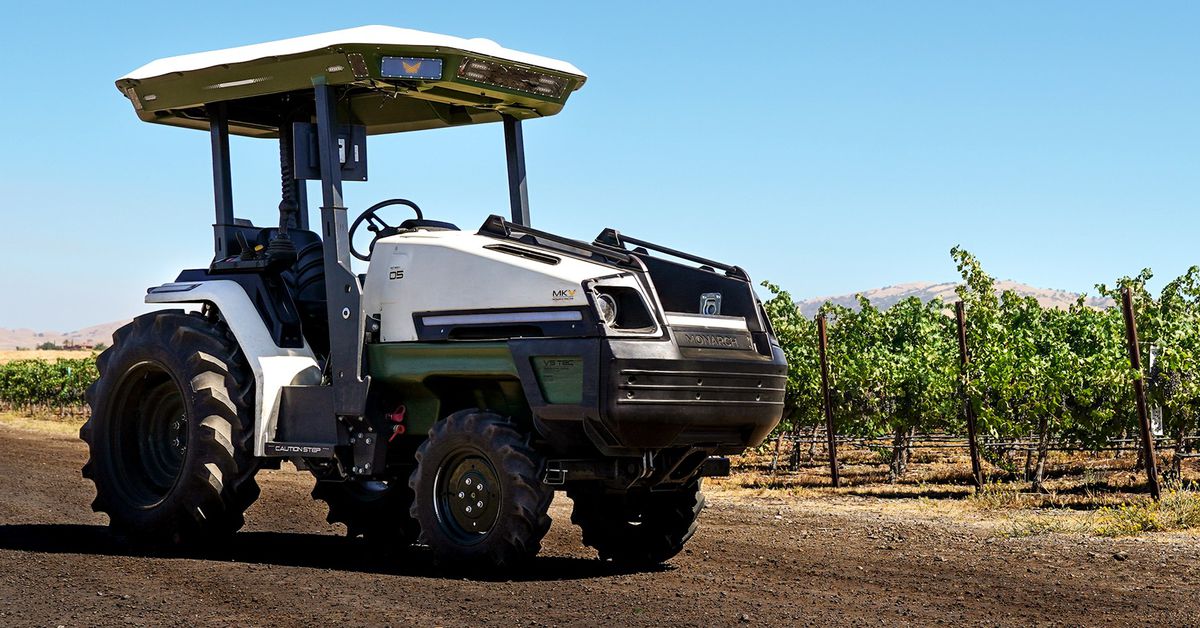