As COVID-19 restrictions ease and people return to their pre-pandemic habits, many find things they used to consider irreplaceable are just luxuries they can do without. And going to the movie theater is near the top of the list for many people. Here’s why you should go back anyway.

Nostalgia: You Want Some Later, Don’t You?

When making a case for a return to movie theaters, often the first thing cinephiles cite is nostalgia. “Who could forget seeing their favorite movie for the first time in the theater?” they’ll say. And it’s true, much of our feelings about any movie are tied up in our experience the first time seeing it. But why is that? I believe it’s not as much to do with the films themselves, although that is critical. It’s at least somewhat attributable to the settings in which we experienced those films for the first time.

The smells of popcorn, the lights in the lobby, the hustle and bustle of the crowd finding their seats, and the sudden hush in the auditorium as the lights dim are all integral parts of the movie-going venture. And often, that is what we remember most about seeing any particular film–at least subconsciously.

I’m not saying that you must envelop yourself in all the trappings theaters offer to enjoy a movie. But consider that binding your first experience with a film with all those other elements may enhance your long-term attachment to a movie. After all, how nostalgic will you be in ten years for a movie you saw for the first time in your living room after watching the news on the same screen?

Another reason to go to the theater instead of staying home and streaming is that you actually get to interact with the public. I understand that this may be the very reason most people don’t want to go back. Movie theaters are often filled with jerks who talk too loud, play on their smartphones, let their kids run all over the place, and do all the other obnoxious things people do at the movies. And these are all perfectly valid reasons to shy away from paying $50 for two people to see a film.

However, consider that maybe you should tolerate those people for just a couple of hours. Seeing a movie in a crowd has certain psychological benefits you can’t replicate at home. Even if you never speak to these people, you are connected to them in a very intimate way for a short time. If you’re in a crowded theater, that connection enhances a hundredfold. You don’t know these people, but they are your neighbors. Sharing the movie experience with them grounds you in a very real way with your community. It generates a psychological bond that reassures us that we’re not alone, that these strangers are not our enemies. And that, at least for a short time, we have this common experience to bind us together.

This is especially true for big tentpole movies, the ones people dress up for and stand in line for hours to get in. Think back to the last time you saw a Star Wars film on opening day. I would wager that few of the people crammed together cheek by jowl wearing costumes and playing with toy lightsabers knew each other. And yet, they all freely associated, spoke with each other, made friends (at least for a short while), and shared an experience they won’t share with anyone else again. And after it was over, they went on their way, probably never speaking to their Star Wars friends again. I believe this has great value for individuals and our society at large.

And it’s not just strangers that we need to get to know. It’s also our friends and family. Think about the friendships you’ve developed over multiple outings to the movies. Some of the things I remember most about seeing certain movies aren’t so much the films themselves but the long conversations with friends in the parking lot after the film was over. The multiple interpretations of the single film bring a deeper understanding of yourself, your friends, the film, and humanity in general.

Filmmakers Create Movies for the Theater

Full disclosure: I am a hobbyist filmmaker. So, I may be somewhat biased regarding this topic. But I can say objectively that filmmakers craft movies for the silver screen. Every shot, piece of music, line of dialogue, sound effect, and more are designed to be consumed on a gigantic screen with state-of-the-art sound equipment. It is, to say the least, a painstaking process that takes months to years to complete. From formulating an idea to writing a script, to gathering funds, to recruiting a crew, casting actors, finding locations, actually filming the movie, and then editing and post-production, every single decision has one question behind it: “How will this play on the big screen?”

Imagine seeing a film like Inception for the first time on a TV or computer screen. It’s hard for me to do. That’s because when it came out in 2010, I recognized it as something so intrinsically connected to the theater experience that I saw it nine times during its run. The vast majority of movies only come to theaters once. So, I knew I’d never get the opportunity again. I never got tired of seeing it that way. I’ve seen the film a few times since then, but it’s never had the same impact as viewing it the way Christopher Nolan intended me to.

Your Home Theater is Good, But It’s Not Cinema

A common rebuff to returning to the movies is the fact that you can build a theater in your home. This is true to a degree. You can approximate or even improve your cinematic experience if you have the space and the money. I’ve seen many impressive home theaters throughout the years and enjoyed many great movies in those environments. But it’s never quite to scale.

As far as sound goes, I’m as astounded as any audiophile is by the fantastic quality speakers people can buy for their home theaters. And maybe, for your home, those products can produce equivalent sound as an IMAX theater sound system. But “equivalent” isn’t the same. There’s something unique about theater sound because those rooms were built with acoustics and speaker placement specifically in mind. And it’s a rare person indeed who can match the engineers at Cinemark with a DIY kit at home.

None of this is to say your home theater is somehow inferior or substandard. It’s a question of design and purpose. Think of it this way: you can build a shrine in your home, but that doesn’t make it a cathedral.

You Have to Watch the Whole Movie

When the lights go down in a theater auditorium, for better or worse, you’re locked into that movie. Of course, you can get up and walk out if things get really bad. But, you just paid $15 per ticket and $25 for refreshments, so that’s unlikely.

Why is this good? It means that you’re not going to get distracted by the laundry. It means you’re focused on the narrative playing out in front of your eyes. It means that you’re disconnected from the real world (loud talkers and texters excepted). You can’t pause the movie theater. You can’t see what else is on Netflix if you get bored. Being there forces you to actually be present for the movie without thinking if you need to pull dinner out of the oven.

Walking out of a theater at the end of the film is the only absolute guarantee that you experienced it in its totality. Just make sure to pee before the movie starts.

If I had to name the least exciting way to watch a movie trailer, it would be on a smartphone. Laptop screens are a close second. A desktop monitor is acceptable if it’s big enough. TV? Now we’re getting there–the bigger, the better. But nothing builds anticipation for a movie better than a well-made trailer played right before a feature film in a theater.

Movie tickets will never get cheaper–ever. They’ll always be more expensive than they were last year. And in these times of economic uncertainty, the price of going to the theater isn’t a trivial concern. Especially when you don’t know if what you’re walking into will be any good.

The only answer I have to this is that you should just be judicious about what films you spend your money on. And there may be alternatives to seeing movies at the multiplex. Check your local listings to see if any second-run theaters are still operating in your area. Unfortunately, all such operations in my town closed down under pandemic pressure. But, I’m optimistic that they’ll reopen when the economy returns to something resembling pre-pandemic status.

Try Going by Yourself

If nothing I’ve said so far has moved your opinion about going back to the theater, that’s fine. You may think these are all just my opinions and personal tastes, and that’s mostly true. That the times have changed, you’ve changed with them, and you’re happy with this new direction. You may think I’m stuck in the past and need to let go of a 20th-century way of doing things. You may be right.

But, I would only ask that you consider doing one thing before you swear off the movie theater for good–especially if you’re a movie lover: go to the movies alone.

It doesn’t have to be tomorrow, this year, or next summer, but you should go by yourself. Go on something like a Tuesday morning (yes, take the day off work) when nobody else is around. Pick the movie with the highest chance that you’ll have the place to yourself. You don’t have to buy refreshments, but you do have to turn your phone off and watch the whole movie.

And stick around for the credits. Listen to the music and watch all those names go by. Stay in your seat until the house lights come all the way back on. That’s when you’ll really know if this is something you want to leave behind. Meta’s VR hellscape might soon be invaded by children 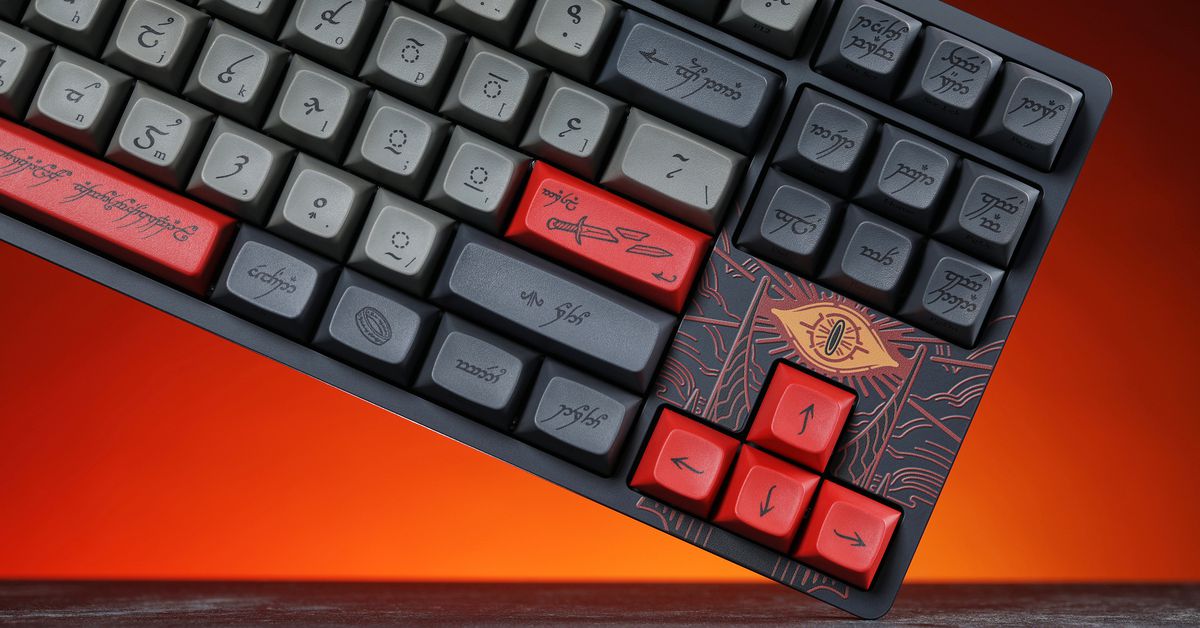