One person was taken into custody following a pursuit involving a box truck that ended in the San Fernando Valley Wednesday.

It’s unclear when the chase started, but the vehicle was wanted in connection with a hit-and-run in West Los Angeles, according to the California Highway Patrol.

The pursuit was entering the Sherman Oaks area on the northbound 101 when Sky5 first arrived at the scene around 12:10 p.m.

Minutes later, the box truck stopped on the busy stretch of freeway and someone exited on the passenger side, aerial video showed. He then surrendered to law enforcement.

CHP confirmed the driver was the lone occupant of the vehicle.

All lanes of the northbound 101 were blocked while authorities took the man into custody. It’s unclear when the lanes would reopen, but traffic was already heavy in the area prior to the closure.

Traffic on the southbound side was also slow.

Highway Patrol officials did not immediately release any further details about the hit-and-run. 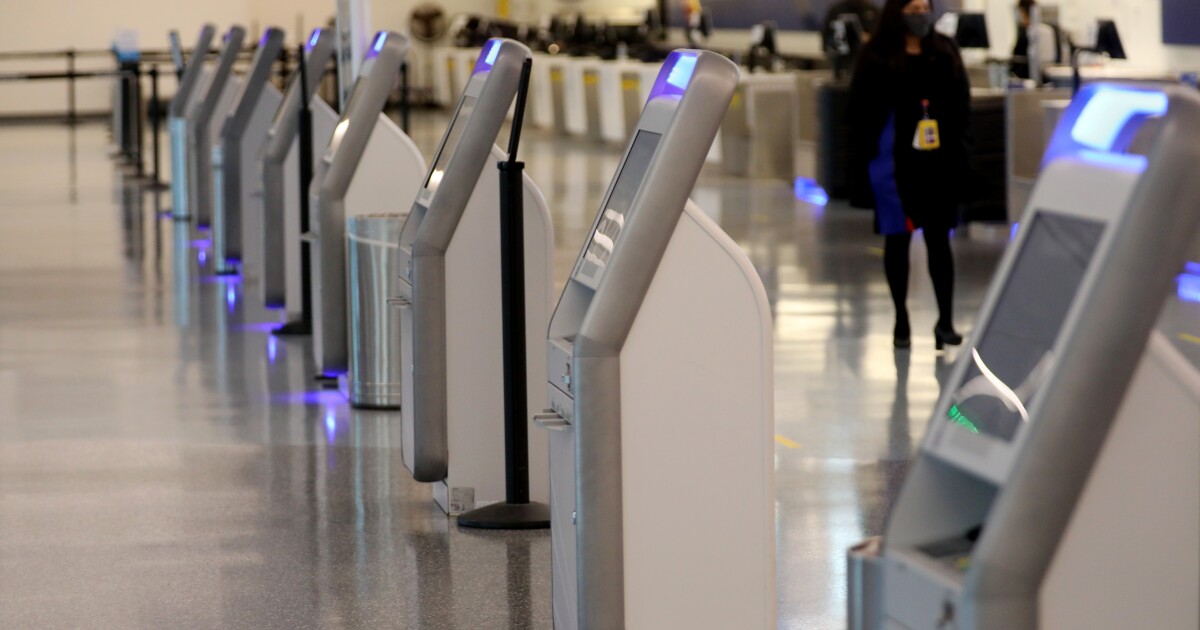 Column: Airports to passengers: Do it yourself