A man is dead in the San Fernando Valley, after a police shootout at a busy intersection in Pacoima.

There has been heavy police presence at the intersection since that shooting took place Sunday night.

Two police officers from the Los Angeles Police Department’s foothill division came to the intersection after several people called 911, to report a man pointing a gun at pedestrians.

According to witnesses, the man was at one point on a bicycle threatening people for no reason and acting erratically.

According to police, some of the 911 calls also reported the man attempting to carjack a driver in the area.

The man was in his 20s, according to the LAPD. He was shot and killed after he allegedly fired at officers when they arrived and attempted to approach him.

The shooting happened just after 10:40 p.m. Sunday night, at the intersection of Laurel Canyon and Van Nuys Boulevard.

Hours later, evidence markers still littered the ground at the scene of the shooting just outside the La Placita market and liquor store.

Police say they have several witnesses to interview from the busy intersection.

The gun the man was allegedly armed with was confiscated from the scene, according to police.

The LAPD is counting on video from the officers’ body-worn cameras and security cameras from neighboring businesses to get more information on what led to the fatal shooting.

The intersection is expected to be closed for several hours for the investigation.

Van Nuys Boulevard is closed from the 5 Freeway to Haddon Avenue, and Laurel Canyon is closed between Pierce and Mercer streets. 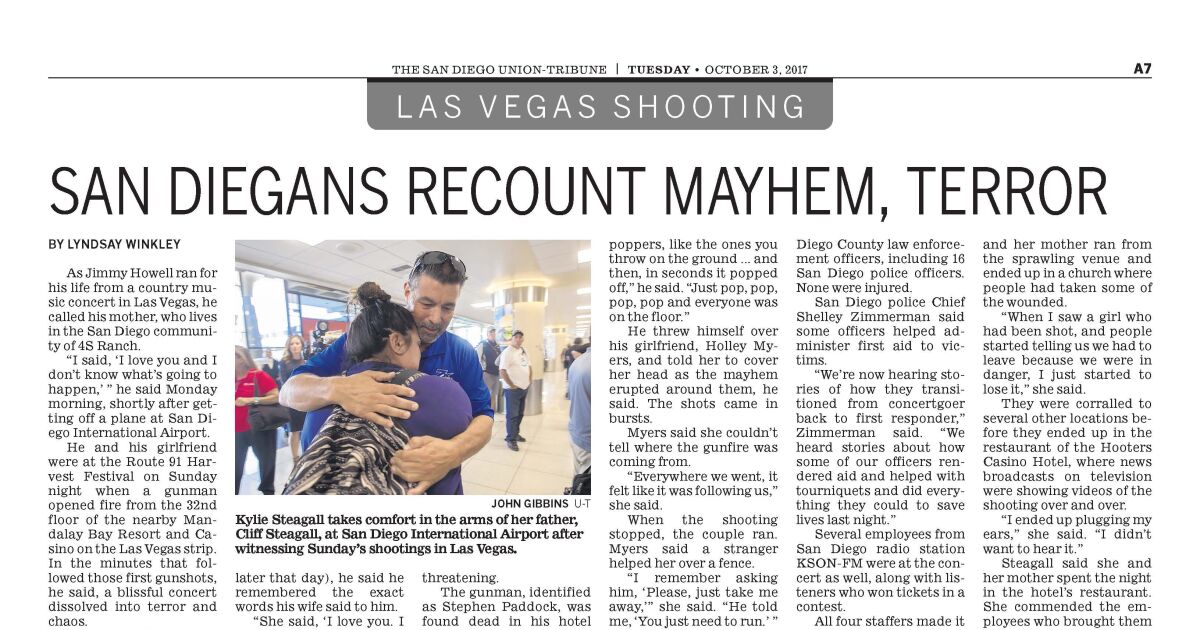