Facing a barrage of questions on the matter, White House press secretary Karine Jean-Pierre on Friday denied that President Biden’s anti-Donald Trump, anti-MAGA speech Thursday night in Philadelphia was “political” — and that it was fine to have uniformed Marines in the background.

Jean-Pierre insisted that Biden’s speech — in which he attacked his potential 2024 rival three times by name and Trump’s “Make America Great Again” political movement another 13 times — was an example of “leadership” and not politics.

CNN reporter Jeremy Diamond asked Jean-Pierre at her briefing about “criticisms and questions about why the president delivered what sounded very much like a politically charged speech at an official White House event, taxpayer-funded, with two Marines in uniform.”

“The way we see it here, and I would argue the way many Americans across the country see it, is standing up for democracy is not political,” said Jean-Pierre, who a day earlier labeled people who don’t agree with the majority of Americans as “extreme.”

“To your question about the Marines,” Jean-Pierre went on, “the president gave an important speech, a critical speech, and at an inflection point. And, you know, our democracy, our values that our men and women who protect us every day, and fight for every day, believe in this.

“The presence of the Marines at the speech was intended to demonstrate the deep and abiding respect the president has for these service members, to these ideals, and the unique role our independent military plays in defending our democracy, no matter which party is in power,” she claimed.

“It is not abnormal,” she insisted. “It is actually normal for presidents from either side of the aisle to give speeches in front of members of the military, and including President Ronald Reagan, President George H.W. Bush — it is not an unusual or is not unusual event to have.”

“Whatever you think of this speech the military is supposed to be apolitical. Positioning Marines in uniform behind President Biden for a political speech flies in the face of that. It’s wrong when Democrats do it. It’s wrong when Republicans do it,” tweeted “New Day” host Brianna Keilar.

That tweet and another from fellow CNN correspondent Jeff Zeleny critical of the use of the Marines as a backdrop sparked outrage among Democrats online.

Kendrick Lamar Drops NSFW Short Film For “We Cry Together” 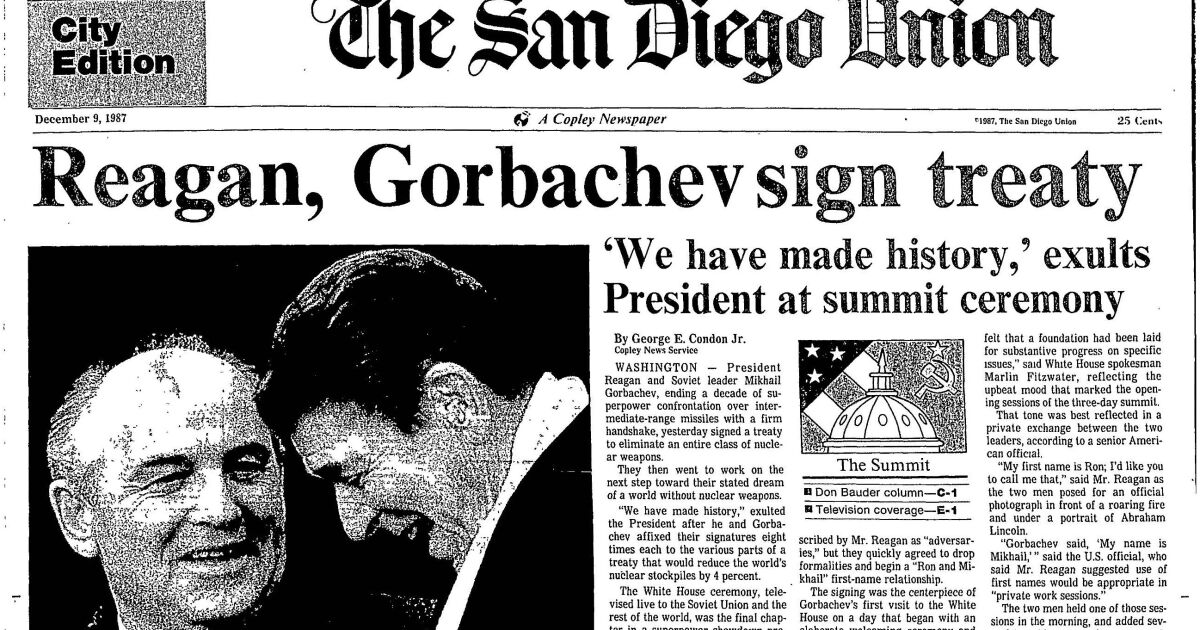 From the Archives: 1987 treaty marked new era between the US and Russia