California’s dominant Democratic Party is joined at the hip with the state’s unions so it’s not surprising that legislators frequently enact measures aimed at helping their allies recruit and maintain dues-paying members.

Just last month, for instance, language was slipped into a very lengthy budget trailer billdeclaring the state’s intention to provide union members who do not itemize their income tax deductions with a refundable tax credit offsetting their dues. In effect, under the “Workers Tax Fairness Credit,” as it’s dubbed, taxpayers would underwrite some or all of the dues members pay to their unions.

It’s one of several measures in recent years clearly aimed at making it easier for unions to maintain membership in the face of a 2018 U.S. Supreme Court decision outlawing state laws that require public employees to pay dues even if they are not union members. And, one should note, some of the taxpayer-subsidized union dues money would eventually wind up in the campaign accounts of the legislators who voted for the bill and the governor, Gavin Newsom, who signed it.

The Capitol’s mutually beneficial partnership with union organizers, however, has one obvious exception: its own workers.

The Legislature has sidetracked several attempts to allow its employees to form a union, pushed mostly by former Assemblywoman Lorena Gonzalez Fletcher, who recently became the California Labor Federation’s top official. But the issue seems to be gaining ground this year.

Assemblyman Mark Stone, a Santa Cruz Democrat, did a “gut and amend” maneuver on a bill that had already passed the Assembly and was pending in the Senate. He inserted language allowing legislative employees to unionize and the revised bill then won approval of the Senate Labor, Public Employment and Retirement Committee.

If the full Senate passes Assembly Bill 1577, it could go to the Assembly floor for approval without running the gauntlet of Assembly committees where Fletcher’s unionization bills died.

“I think giving people a voice in their workplace is something that is core to the values of many in this Legislature,” Stone told committee members. “And that’s really what this bill is.”

Unionization of legislative employees is being helped by the Legislature’s lackadaisical responses to complaints of sexual harassment and other workplace issues — and the new drive is coming just as congressional employees are seeking the same thing.

In May, the House of Representatives passed HR1096, which provided House staffers the legal protections they needed to unionize. And when the resolution took effect this month, workers in eight offices of progressive legislators filed petitions with the Office of Congressional Workplace Rights, the first step toward forming a union.

“Congress has little standing to preach to others about the right to unionize and collectively bargain if we are unwilling to recognize that right in our own hallways,” Rep. Ro Khanna, D-Fremont, told the San Francisco Chronicle. “Every worker deserves the right to unionize.”

That’s absolutely true in both legislative bodies. It’s simply hypocritical for lawmakers in either venue to advocate unionization and pass laws that help unions gain and retain members while banning such organization for their own employees.

Stone’s bill still has a way to go. The unspoken resistance to having a union in the state Capitol, even among legislators who have union backgrounds, is still strong. Many want to hire and fire at will and establish their own working conditions without outside oversight.

However, fair is fair and if politicians are going to talk the talk, they should be willing to walk the walk.

CalMatters is a public interest journalism venture committed to explaining how California’s state Capitol works and why it matters. For more stories by Dan Walters, go to calmatters.org/commentary.

Gen Z Designers Made It Big on This App. Now They’re Graduating.

The Mega Millions Jackpot Is Now $790 Million. Here's How Much Would Go to Taxes If There's a Winner 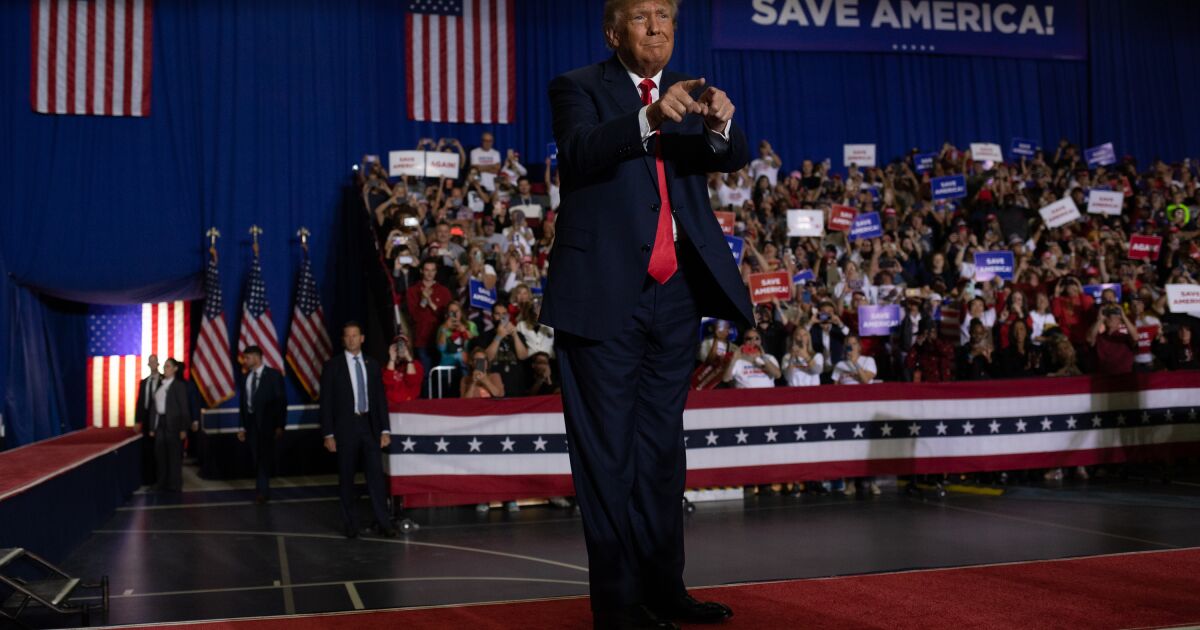