Former President Donald Trump on Friday ripped the massive redacting of the federal affidavit justifying the raid on his Florida home, calling the move “total public-relations subterfuge” and evidence of a “WITCH HUNT!!!”

Nearly an hour after the significantly blacked-out document was made public just before 1 p.m., the 45th commander-in-chief seethed on his Truth Social site, “Affidavit heavily redacted!!!

“Nothing mentioned on ‘Nuclear,’ ” he added of the document, apparently referring to a previous report in the Washington Post claiming sensitive files about nuclear weapons were among those being sought.

“A total public relations subterfuge by the FBI & DOJ, or our close working relationship regarding document turnover – WE GAVE THEM MUCH,” he raged.

“Judge Bruce Reinhart should NEVER have allowed the Break-In of my home,” Trump complained of the federal judge who also signed off on Friday’s release of the largely blacked-out affidavit.

“He recused himself two months ago from one of my cases based on his animosity and hatred of your favorite president, me,” he said, referring to a case targeting his former rival, Hillary Clinton.

“What changed? Why hasn’t he recused himself on this case? Obama must be very proud of him right now!” Trump said, referring to his predecessor, former President Barack Obama.

Before the posts, Trump also shared clips from an interview he did with Lou Dobbs, which was posted Friday, in which the former president once again insisted he “did nothing wrong.

“We were essentially attacked — we were broken into. They opened up safes, they brought safe crackers, and they brought many, many FBI agents in — all right before the midterms,” he said of the Aug. 8 raid.

On Thursday, Trump — who has repeatedly demanded the release of the full, unredacted document — had insisted he was “as innocent as a person can be.

“The Justice Department and FBI are ‘leaking’ at levels never seen before — and I did nothing wrong!!!” he insisted on Truth Social, also deriding the idea that President Biden knew nothing about the raid beforehand.

Trump also continued to rail against the raid in the hours before Friday’s release.

“The political Hacks and Thugs had no right under the Presidential Records Act to storm Mar-a-Lago and steal everything in sight, including Passports and privileged documents,” he wrote Friday morning.

“They even broke into my safe with a safecracker — Can you believe?”

“This Act was created for a very good reason, and it works. We are right now living in a Lawless Country, that just so happens to be, also, a Failing Nation!” he wrote.

Trump also reposted a presidential campaign-style video, released just hours after the raid, that called the US “a joke” and “a nation in decline” — while promising “the best is yet to come.”

“Keep loving our Country — It will come back into your hearts stronger than ever before!!!” he promised Friday.

Quake aid pours into Turkey, Syria as death toll soars to more than 5,000 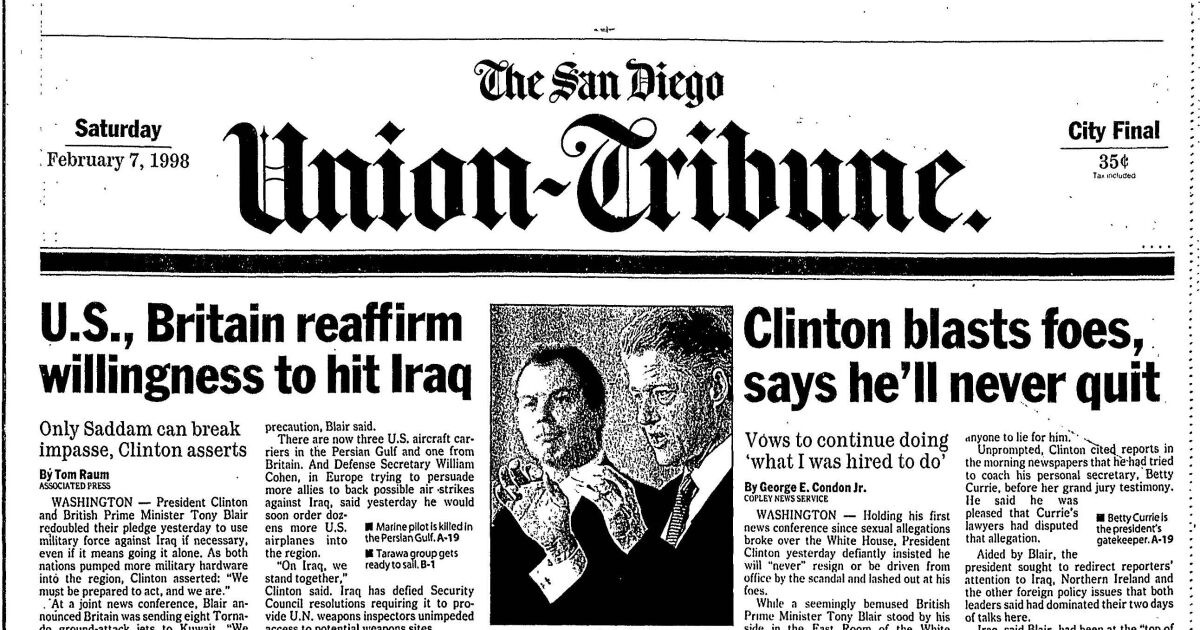 From the Archives: The Nagano Olympic Games opened 25 years ago