She says it raises the potential for hazard across the board, from threatening the most basic health determinants, such as air quality and access to food and water, to exacerbating seasonal allergies and tick-borne Lyme disease.

Pétrin-Desrosiers, president of the Quebec chapter of the Canadian Association of Physicians for the Environment, is among a group of doctors who say Canada’s health-care system isn’t prepared for the worsening effects of climate change.

Finola Hackett, a locum physician working in rural communities throughout southern Alberta, said ignoring the “climate crisis when it comes to health, long-term, it’s going to be very costly, not just in terms of dollars, but in lives.”

Both say acting now has the potential to save lives.

“That’s motivating enough for us to do the work,” said Pétrin-Desrosiers.

Hackett and Pétrin-Desrosiers are the lead co-authors of a policy brief on Canada released last week alongside a global report produced by the Lancet Countdown on health and climate change, which is published by the Lancet medical journal.

The Lancet report underscores the health risks of global heating, pointing to the heat dome that settled over British Columbia in summer 2021 as an example.

The heat dome, which caused more than 600 deaths in B.C., would have been “virtually impossible” without the influence of climate change, the peer-reviewed report says.

The Canadian policy brief says the health-care system has the potential to increase resilience to such extreme heat and other climate-related health risks, but it’s far from ready, especially given the COVID-19 pandemic.

It says heat waves may increase the number of emergency room visits by 10 to 15 per cent, further straining health-care capacity and reducing quality of care.

In Alberta, Hackett said she sees patients with asthma and chronic obstructive pulmonary disease, or COPD, during periods of air pollution from wildfire smoke.

Both Hackett and Pétrin-Desrosiers said they’re also concerned about the effects of climate change on mental health, having seen evidence of increasing instances of post-traumatic stress disorder following extreme weather events, such as flooding.

That’s worrying, Pétrin-Desrosiers said, because access to mental health care in the public system is already lacking, with long waiting lists across the country.

Health Canada’s own assessment of climate change and health published earlier this year says global heating is “already affecting the health of Canadians, and, without taking concerted action, will continue to result in injury, illness and death.”

Greater warming will bring greater risks, but many impacts could be avoided “if Canada rapidly and substantially scales up efforts now to adapt,” the report says.

The linkages between climate change and health are also the focus of the annual report from Canada’s chief public health officer, Theresa Tam, released last week.

The report says “urgent public health action is required to prepare for, protect against, and respond to current and future health impacts of climate change.”

Both the Health Canada and public health officer’s reports emphasize the importance of involving people who are most affected by climate change in adaptation planning, noting vulnerability is often linked with additional social inequities, such as low income, inadequate housing and food insecurity.

Such reports, along with some actions at the provincial level, show there is increasing recognition of the health risks posed by climate change, Hackett says.

“But in terms of, actually, do we have measures in place in our clinics, in our hospitals, in our health organizations, we’re just in the early stages,” she says.

The Canadian policy brief notes the governments of B.C., Ontario and Quebec have taken steps to assess links between climate change and health, but Hackett said such initiatives are “fragmented” without some kind of national co-ordination.

Similarly, Pétrin-Desrosiers said Health Canada committed on paper to improving resiliency in the health-care system, but that hasn’t yet translated into action at the pace needed to address the growing risks.

The doctors’ policy brief recommends that provincial and territorial health authorities undertake climate-resilience analyses to identify priority actions, and calls on Ottawa to create a national secretariat “to co-ordinate the transformation of Canada’s health system” into one that’s resilient to the effects of climate change.

The federal government is set to finalize a national climate change adaptation strategy by the end of this year, with health and well-being as one of five key areas.

This report by The Canadian Press was first published Oct. 30, 2021. 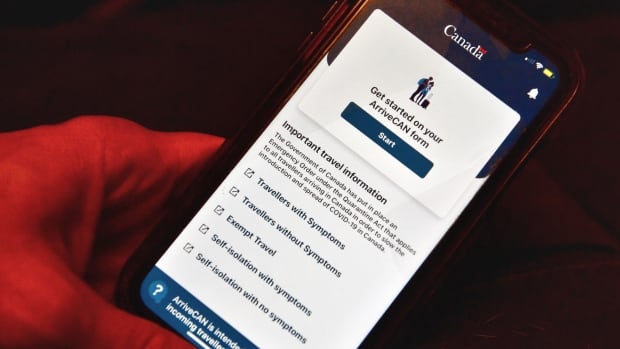