In both Ukraine and Russia, May 9 is marked as the day Nazi Germany was defeated in the Second World War.

This year, the patriotic occasion was celebrated in very different ways in the two countries’ capitals.

In Kyiv — unlike Moscow — there was no Victory Day parade. Instead, Ukrainian President Volodmyr Zelensky posted to social media a video of himself walking down one of the empty commercial streets of the city.

He walked past tank barriers and sandbags as the video flashed back to previous, peaceful holidays and parades — with a much less haggard-looking Zelensky watching a flypast.

“We are proud of our ancestors who, together with other nations in the anti-Hitler coalition, defeated Nazism,” said Zelensky, who went on to name several Ukrainian cities — now under Russian occupation or assault — where the Germans were defeated over seven decades ago.

“They expelled the Nazis from all over Ukraine, but the cities I named are especially inspiring us today. They give us faith that we will drive the occupiers out of our own land for sure.

The scene in Moscow was very different on Monday.

He insisted the invasion of Ukraine (which he continues to call a “special military operation”) was necessary and had been provoked by the West.

There had been speculation Putin would use the event to make a major announcement about Russia’s next steps in its war on Ukraine. He didn’t. Instead, he used his speech to again insist that Russia acted in self-defence.

“The danger was rising,” Putin said, arguing that “Russia has pre-emptively repulsed an aggression” through a military campaign that was “forced, timely and the only correct decision by a sovereign, powerful and independent country.”

He repeatedly claimed that Ukraine was planning to attack Russia — something Kyiv has flatly denied. The United Nations has overwhelmingly condemned Russia’s invasion and has called repeatedly for Russian troops to withdraw.

Russia has suffered significant losses of soldiers and equipment in Ukraine. Many believed Putin would use his May 9 speech to order a general mobilization.

Dominque Arel, chair of Ukrainian studies at the University of Ottawa, said he wonders what a general mobilization order could have accomplished.

“Military experts are telling us [there’s] no guarantee that it would actually strengthen the Russian army, because here we’re talking about conscripts that are poorly trained. Reserves, also very poorly trained,” he said.

All across eastern Ukraine, air raid sirens went off overnight and throughout the day. Four missile strikes were reported in the Odesa region. Fierce fighting was reported also in the area of the Azovstal steel plant in Mariupol, the last holdout for besieged Ukrainian forces in the ruined city.

Dorian Finney-Smith is the type of player every team needs A year of trauma, catharsis and finally peace for some survivors of Kamloops school 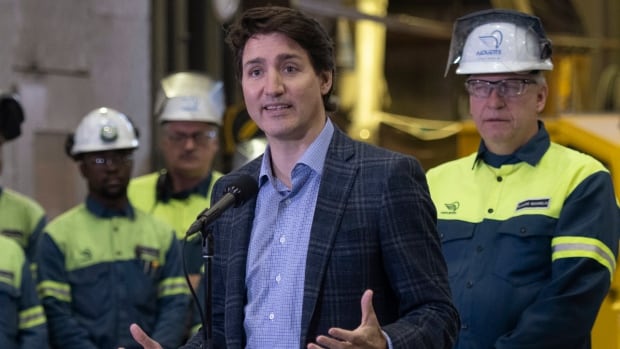