France’s presidency of the EU ends on June 30 with Emmanuel Macron’s new big idea, a “European Political Community”, hanging in the balance. This community would encompass EU membership candidates like Ukraine and possibly ex-member Britain. For some observers, the French president’s idea offers a way to bring countries into the European project while the long accession process takes its course. Others argue that Macron’s plan offers few clear objectives.

EU leaders discussed – but did not advance – Macron’s vision for this new European structure at their summit in Brussels on Thursday, which capped France’s six-month presidency of the EU.

This proposed Community would be a framework for EU members and democratic, European non-members to discuss shared interests. Its overriding goal would be “stabilising the European continent”, Macron said on a trip to Moldova earlier this month.

Macron put forth the idea in an address to the EU Parliament in early May, arguing that this was necessary to square a circle and allow Ukraine, Moldova, North Macedonia, Albania, Serbia, Bosnia and Kosovo to join the European fold even if they are not yet ready for EU membership. But the organisation would be open to all democratic European countries, so Norway (a single market member), Iceland (also in the single market), Switzerland (linked to the EU by a plethora of bilateral deals) and the UK (famously an ex-member) could join. The group could also encompass the former Soviet republics of the Caucasus, Georgia, Armenia and Azerbaijan.

“Ukraine, through its combat and its courage, is already today a member of the heart of our Europe, of our family, of our Union,” Macron said.

On the other hand, the French president went on, “even if tomorrow we granted them the status of candidate for membership of our European Union […] we all know perfectly well that the process allowing them to join would take several years – in truth, probably several decades. And it is the truth to say this, unless we decide to lower the standards of this membership and therefore to completely rethink the unity of our Europe.”

The European Political Community would offer a solution to this conundrum regarding Ukraine’s EU bid, Macron argued.

The EU 27 fast-tracked Ukraine to membership candidate status on Thursday, suggesting that Macron was stretching a point by saying “decades”. Nevertheless, Ukraine needs a lot of heavy lifting before it can join the bloc – especially in terms of tackling endemic corruption and matching EU rule of law standards.

Bringing Ukraine and other candidate states like Moldova into the EU before they have successfully applied reforms is not possible, because it would “drastically change how the bloc works”, noted Claude-France Arnould, formerly a senior French diplomat, now at the French Institute of International Relations in Paris. But at the same time, she continued, “there is an urgent need to bring European countries who share the EU’s interests and democratic values into the fold”.

The EU must “adapt accordingly” if it wants to avoid the “paralysis” that would come from enlarging too quickly, Arnould continued. Thus, Macron’s initiative is an “obvious political necessity”.

Without such an initiative in place, there is currently no institutional framework that “can accommodate the geopolitical need” to immediately bind Ukraine to the EU, added Gesine Weber, a researcher at the German Marshall Fund’s Paris bureau.

But it looks like Kyiv will take a lot of convincing to accept anything that falls short of admission to the EU. “Nothing that falls short of EU membership would be acceptable,” Ukrainian Foreign Minister Dmytro Kuleba said days after Macron’s announcement in May. Kuleba expressed fear that a European Political Community would give the EU an excuse to keep Ukraine out of the bloc, decrying such a scenario as “discriminatory” – although since then French officials have assured Kyiv that Ukraine will not be kept out of the union indefinitely.

In Brussels on Thursday for an EU-Western Balkans summit, North Macedonian Prime Minister Dimitar Kovacevski said Macron’s proposal was a good idea but emphasised that it “should not and must not be a substitute for full European Union membership”.

The UK has the most ambiguous stance of all potential members of a European Political Community. British Prime Minister Boris Johnson expressed “lots of enthusiasm” for Macron’s idea during discussions with the French president on the sidelines of Sunday’s G7 summit in Bavaria, the Élysée Palace told Agence France Presse.

However, last month Foreign Secretary Liz Truss (a frontrunner to succeed the politically damaged Johnson) scorned Macron’s idea, telling Italian newspaper Corriere della Sera: “My preference is to build on structures that we already have that work successfully, whether it is the G7 or NATO.”

Olaf Scholz, chancellor of the EU’s hegemon Germany, is the person Macron most needs to convince. And Scholz struck a similar tone to Kovacevski, praising the French president’s idea while warning that it should not get in the way of the long-running EU accession process for North Macedonia, Albania and Serbia.

‘A forum for grandstanding’?

Berlin has long been sceptical of Macron’s grand ideas for Europe. In his 2017 Sorbonne speech the French president outlined a new vision for the EU centred around the concept of “strategic autonomy” – meaning the EU’s complete military, economic and technological independence from other great powers, not least a mercurial US. Scholz’s predecessor Angela Merkel said nothing against “strategic autonomy”. But she did nothing to make it a reality.

A more worrying historic precedent for Macron’s idea is his predecessor François Mitterrand’s idea for a European Confederation. Just after the collapse of the Berlin Wall in 1989, Mitterrand proposed such an organisation to bring together the entire European continent, without superseding the then European Community. Despite the support of Jacques Delors, the president of the European Commission at the time and Mitterrand’s close ally, nothing came of Mitterrand’s proposal because there was little genuine enthusiasm outside of France.

Macron’s idea will likely have the same destiny as Mitterrand’s, for much the same reason, argued Richard Whitman, a professor of European politics and international relations at the University of Kent: “If you read the extensive European Council conclusions on it, what they’re saying basically nullifies the idea, because they’re saying [Macron’s proposal] shouldn’t do anything to undermine the EU or the process of enlargement – so, for those who want to be EU members, it sends out a nice message, but its purpose in not clear.”

In light of that, the warm words from other leaders can be seen as “an exercise in everybody listening and nodding and feeling they have to give Macron something”, Whitman continued. “There are all sorts of other ways to engage the countries Macron has in mind.”

“I especially liked what Macron said at the end of his speech setting out the idea last month – ‘act decisively, move swiftly, dream big’,” added Andrew Smith, a professor of French politics at the University of Chichester. “I think there’s a laudable idea there about an active EU that seeks to really engage with the world, instead of watching things pass by or insulating its citizens from phenomena coming from elsewhere. And engaging with the UK in a way that avoids the diplomatic spats of recent years is certainly a good thing.”

However, beneath the surface, Smith concluded, outside of France it looks like Macron’s idea is less attractive in practice than in theory: In the absence of concrete, specific goals, “the concern is that this would create a forum for political grandstanding, especially for disgruntled candidate states who are frustrated by the length of time their EU accession takes”.

French governments have a habit of proposing grandiose, abstract-sounding notions, to which the rest of Europe responds with nods and silence. But all that said, the war in Ukraine creates a conundrum: How to meet Kyiv’s desire to join the EU without rushing a long and complex process? 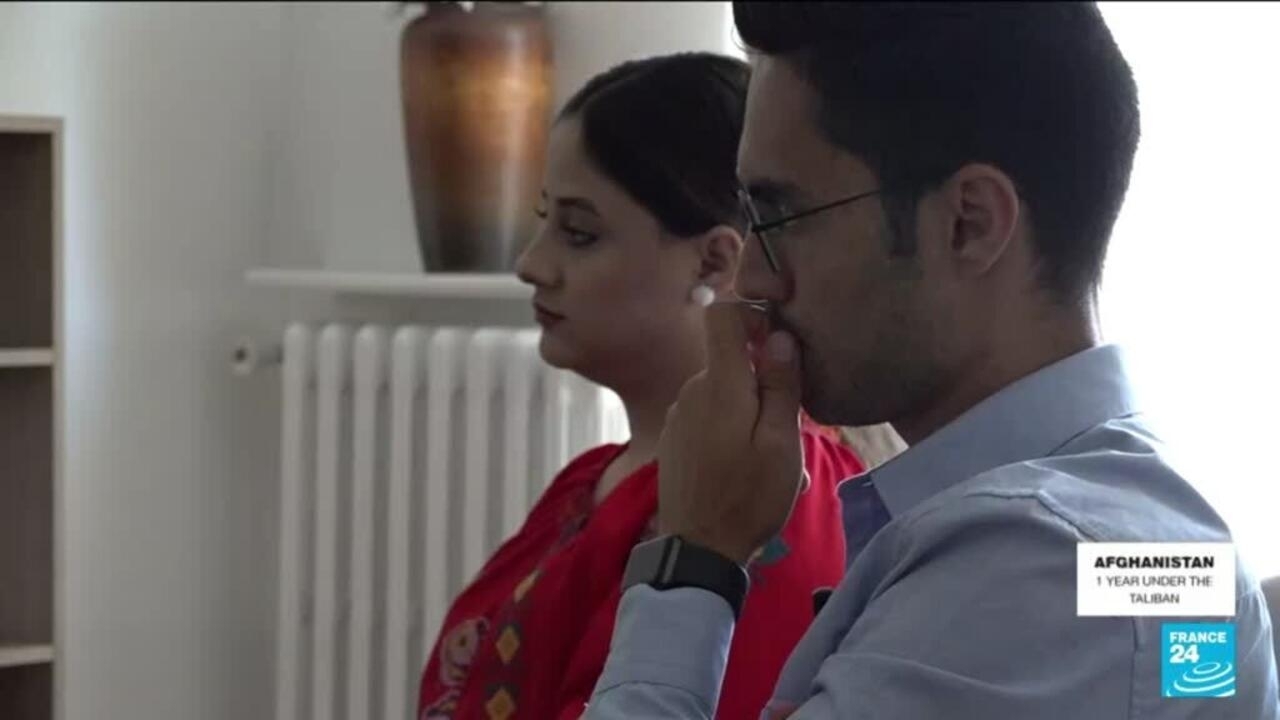