Unquestionably, Stephen O’Donnell has overwhelming support from Dundalk fans. They regard him as one of their own, their inspirational captain during Stephen Kenny’s early memorable seasons. Their saviour when he agreed to rejoin the club as head coach, coming to the rescue after a very difficult period, and in so doing, he left St Patrick’s Athletic having led them to a Cup final win.

t times, however, those fans find it hard to fathom the coach’s decisions, both in terms of team selection and, even more mysteriously, the changes he makes during the game.

One loyal fan went as far as saying after Friday night’s 1-1 with St Patrick’s at Inchicore that it appears that O’Donnell throws the names of the players on his substitutes’ bench into the air and the first name to fall gets a game.

Clearly, it’s not as random as that, and it is undoubtedly illogical, even impertinent, to question the football knowledge of one of the best midfielders to grace the domestic league, or his achievements in this, the early stages of his coaching/managerial career.

Nonetheless, supporters assembled in the alehouses round Richmond Park were puzzled when they read the starting team on their phones.

Most agreed that changes were necessary after the disappointment of the Drogheda result the previous week, and, as expected, Nathan Sheppard didn’t recover in time from his shoulder/arm injury, necessitating a first start for the reliable Peter Cherrie, while Pat Hoban was always going to start if there was no reaction to his substitute appearance against Drogheda.

But what really puzzled the fans was the decision to drop Paul Doyle from the pivotal role in midfield, and replace him with Sam Bone, who played most of his career in defence, which meant that, in effect, the team had two holding players in midfield, Bone and the ever-present Greg Sloggett.

In addition to that surprise, O’Donnell made another unforeseen tactical move, selecting the experienced Keith Ward in the number 10 role, and moving Robbie Benson to the right flank, which meant that the normal format of playing two wingers was abandoned.

The initial feeling among supporters when they saw the team was that the coach would be happy with a draw, mainly because of the decision to play two holding players in midfield and move Benson to the flank, where he would get less opportunities to exploit his biggest threat, arriving late in the box to get on the end of things.

The selection of the starting line-up was surprising enough but, as the game progressed into the second half, and when it became obvious that changes were needed to chase down the 1-0 deficit, O’Donnell left supporters even more flummoxed when he took off right-back Lewis Macari, who was playing well, having supplied two excellent goalscoring opportunities, and moved Sloggett, who was having a nightmare game, to right-back, where he seldom plays.

Macari’s withdrawal allowed winger Steven Bradley to come into the game, and a few minutes later, when Bone seemed to have picked up a knock, Doyle was eventually introduced to bring some structure to a midfield that was now operating without the two holding players that started.

There was no surprise, however, when Ward, who fell into his annoying habit of taking two many unnecessary touches at times, was replaced by John Martin, but another change that was hard to explain was the replacement of Darragh Leahy, who minutes before had presented Daniel Kelly with the excellent chance to win the game, with Mark Hanratty in the 87th minute.

It may well be that Leahy was feeling the effects of a knock, for there can be no other reasonable explanation other than O’Donnell was concerned that Pats’ new signing, Serge Arakayi, was having an impact on the game with his pace and trickery having been introduced in the 60th minute.

It will, of course, be a contention of O’Donnell and his coaching team that the five changes he made during the game had the desired effect in that they secured an equaliser, coming away with the point that appeared to be the primary objective from the start.

Obviously, O’Donnell took the view after the disappointing defeat in Drogheda the previous week that he had to do something to try and halt the team’s poor away record that has seen them win only two of their 12 games, and managing to collect just 13 points in those away games.

This away form contrasts sharply with the team’s home form, for in their 11 matches at Oriel Park, they have won nine, and drew the other two against Derry City and Shamrock Rovers, which has yielded a total of 29 points, thus keeping them in the pole position for European qualification for next season.

With no new players arriving in this transfer window, and two players in his squad, John Mountney and Brian Gartland, who have played little or no first-team football this season, the options available to the head coach to make changes are limited, and truth to tell there is nothing of difference between players in some positions.

Interesting then to discover how O’Donnell views the changes he made for while he can rightly bemoan the team’s failure to get a break in a number of their away games, he can’t be satisfied that the team failed to turn good possession into goalscoring opportunities, for, as against Drogheda the previous week, they rarely troubled the Pat’s ’keeper, Joseph Anang, who never looked confident throughout the game.

At times in the first half, Dundalk did manage to string together some good football with neat passing movements, most notably when they opened the left side of the home defence for Macari to lay on a good chance that Benson was unlucky to fire straight at the ’keeper to turn over the bar, while Hoban steered a header wide from a good Macari cross and Ward fired the best chance of the half wide.

Pat’s relied heavily on the best player on the field, Chris Forrester, who showed great energy to match his obvious skill and he probed continually to find an opening, always getting a response from the dangerous Eoin Doyle whose movement and link-up was excellent.

This time, the experienced former Bolton striker got a reward for his work, for having been denied twice by outstanding saves from Sheppard when the sides last met at Richmond Park, he finally found the net against Dundalk in the 16th minute when Pat’s opened the visitors down the left, creating the space for Doyle. His shot was bound for the net with Andy Boyle making a good attempt to clear, but only managing to help the ball on its way.

Pat’s seemed content with one goal, preferring to hit Dundalk on the break, and they will be rightly angered that they were not awarded a penalty when Atakayi was upended in the box.

On occasions too, they exploited the lack of pace in the centre of Dundalk’s defence, and after Boyle was exposed, not for the first time, Cherrie did well to turn an effort wide off a post, but he couldn’t get near a Doyle header from a set-piece that came back of the crossbar.

Those late Pats chances came after Dundalk had equalised, for although the goal wasn’t against the run of play, and they had sufficient possession, they never looked like scoring until a careless pass from Adam O’Reilly found Hoban who fed the unmarked Kelly for a weak shot that looked unlikely to trouble the ‘keeper until two deflections took it past the ‘keeper.

Some 13 minutes of normal time remained, during which both sides had chances to win the game, the best falling to Kelly when he ghosted in at the far post to get on the end of a beautifully flighted cross from Leahy, but the winger was celebrating a goal before he actually made contact with the ball and consequently didn’t connect properly with his header in front of a yawning net.

Adding to O’Donnell’s woes on the night was his second dismissal of the season, this time for encroaching on to the pitch to retrieve the ball, and even though the head coach has a point in saying that the technical areas in a number of grounds are very confined, he will have to learn to control his enthusiasm to get the ball back into play to help his team.

His latest indiscretion cominG after a similar incident in Drogheda the previous week and his sending off in Derry earlier in the season will lead to another suspension and possibly one for his assistant, Patrick Cregg, who was also sent-off for protesting against O’Donnell’s red card.

A crucial run of three home games now lie ahead starting with the visit of Finn Harps on Friday, followed by the FAI Cup tie against Longford Town after which Derry City will be in Oriel Park trying to knock Dundalk out of the second place pace.

For the first of those games against Harps, who are always stubborn opposition, it will be interesting to see if O’Donnell alters his selection or formation, for he has remained loyal to a number of his experienced players, like Boyle, Benson, and Sloggett, who are struggling to find their best form and who may benefit from a rest. PM ‘gambled with economy’, says Piers in debate & panel reply give her chance 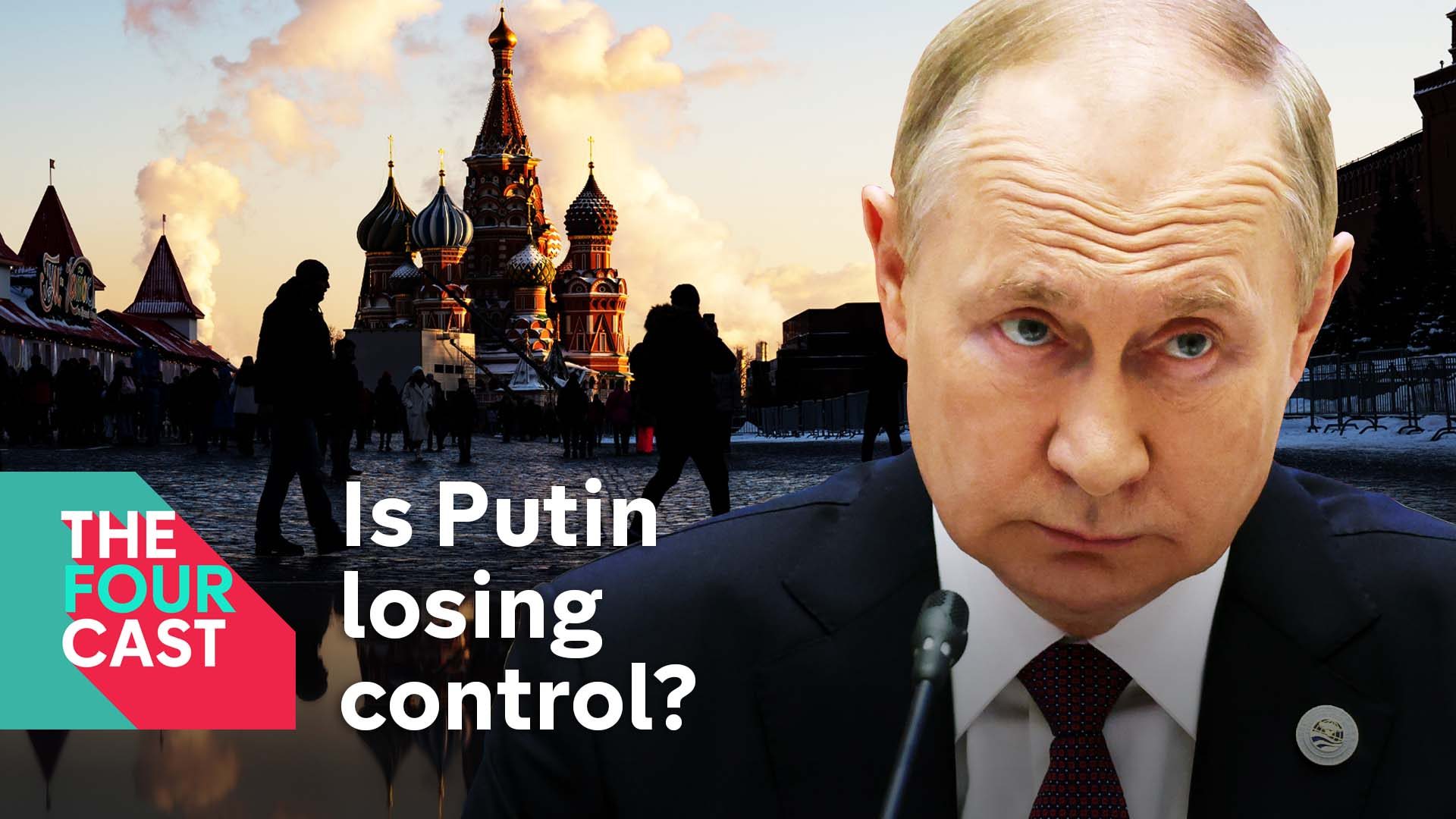 ‘Defeat in Ukraine could be the end of Putin’ – expert explains POLL: Has Liz Truss gone up in your estimation after speech?